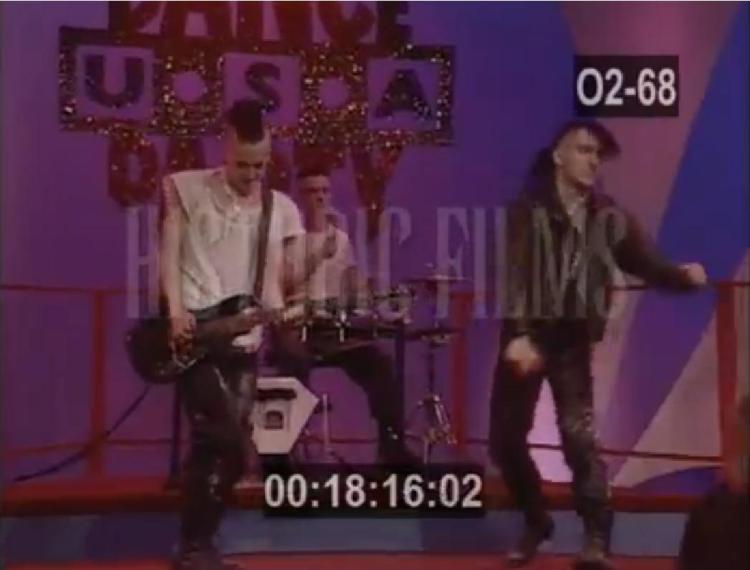 I watched a lot of Dance Party USA, but I don’t ever remember seeing NIN grace that red carpeted stage. Man where was I when this all went down? The good folks at D-listed posted this rare footage of the Rez getting down on Dance Party USA (I can’t even write this without laughing). In case you’re too young to remember, Dance Party USA was a teen dance show on the USA Network around 1986-1990. The show had acts like NKOTB, Marky Mark,Stevie B,Debbie Gibson, The Mickey Mouse Club (not the show, but the group that spawned from it called The Party). So this footage blows my mind. I find it so ironic that their performing “I Was Up Above It” when they are so clearly “Down In It” on this stage. Years later Trent wins an Oscar…”You see…people really do win on MTV”. I realize this is a random post, but I had to do it.