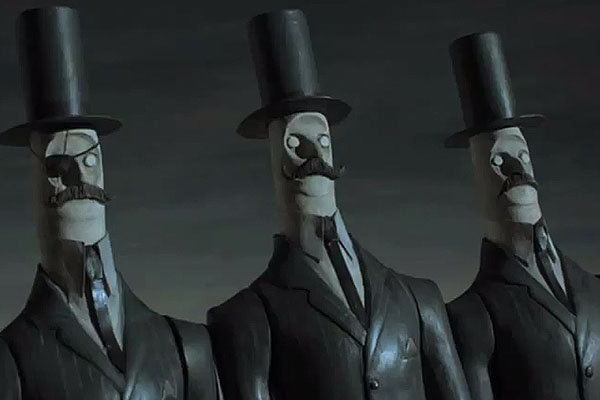 Director Jamie Caliri teamed up with Portland’s The Shins to bring us a stop motion 3d extravaganza. The Rifles Spiral is the second release off of their fourth album Port Of Morrow so they’ve decided to cash in and go the way of Lucas with this visual feast. The video which has a Burton-esque  feel tells the story of a magician who’s chased down and captured (sorta) by three diabolical bad magicians or Warlocks (if you will). The video can be downloaded onto any Nintendo DS 3D and viewed, I believe without the aid of glasses. I guess that’s fun, it would’ve helped pass time on those long subway trips back in NY. For now enjoy the video and pick up their latest on Sub Pop records