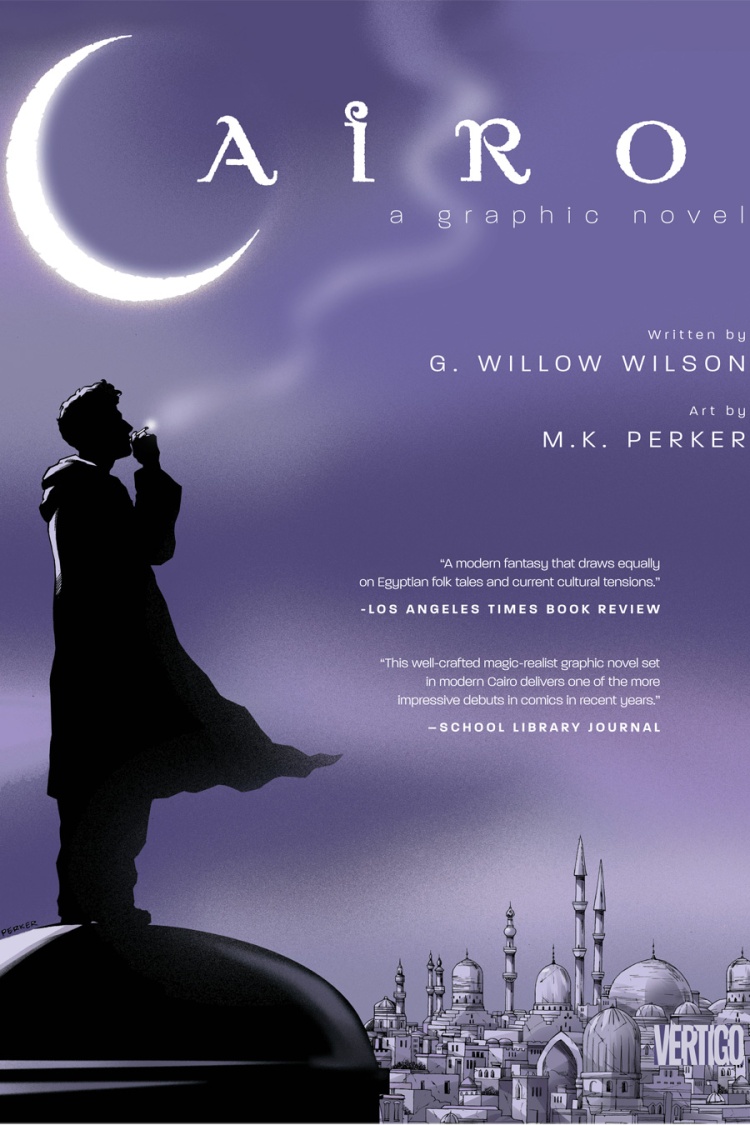 This is the first time time I’ve ever read anything by G. Willow Wilson and she’s done stories for The Washington Post, The Atlantic Monthly, and The New York Times. According to her website her memoir, The Butterfly Mosque, was named 2010 Best Book of the Year by The Seattle Times, and her DC/Vertigo comic book series, Air, was nominated for an Eisner Award. Her first novel, Alif the Unseen, debuts in July 2012 from Grove/Atlantic Press. So yeah…she’s going places, but nowhere on her website does it say that she travels between our world and the under-verse documenting wondrous tales from beyond sharing them with us. I say this cause I respect, so much, someone who can bounce effortlessly between fiction and non fiction. Micheal Crichton is the only author I can think of whose knowledge of history and science is equal to his imagination. Cairo is fantasy as much as it is real. G.Willow blends middle eastern myth with the sometimes tumultuous climate and then blends that with sincere spiritualism and love. Preachy at times, but not over done.
Synopsis:
A stolen hookah, a spiritual underworld and a genie on the run change the lives of five strangers forever in this modern fable set on the streets of the Middle East’s largest metropolis.This magical-realism thriller interweaves the fates of a drug runner, a down-on-his-luck journalist, an American expatriate, a young activist and an Israeli soldier as they race through bustling present-day Cairo to find an artifact of unimaginable power, one protected by a dignified jinn and sought by a wrathful gangster-magician. But the vastness of Africa’s legendary City of Victory extends into a spiritual realm – the Undernile – and even darker powers lurk there.

In the vain of Neil Gaiman‘s Sandman series or Bill Willingham‘s Fables G.Willow presents a fresh and modern take on stories associated with the famous Arabian Knights and the Egyptian Book of The Dead, but never forgetting to blend a bit of genuine unbiased spirituality into the mix. The mix of ancient archetypes placed in the drab and dangerous streets of Cairo soothes any pulp crime readers discernible palette. The characters read true. They look (thanks to M.K.Perker) sound and feel real, with a vernacular that doesn’t seemed stunted or forced. I especially liked how G. Willow went balls to the wall with as many Arabic insults that her pretty little heart could think off. I died laughing at a lot of them and I know you will too. Cairo is fun, magical, spiritual, relevant and a must read for those of you left brainer’s wanting a bit more glamour in your morning java.