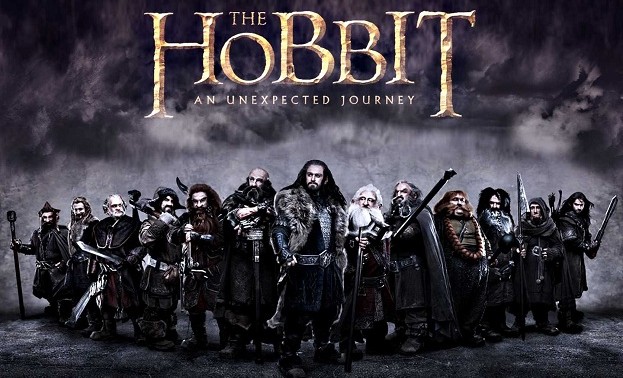 It was literally twelve years ago that Peter Jackson brought to us Tolkien’s world that most thought was too detailed and complicated to create. Since the release of The Lord Of The Rings trilogy in 2001, J.R.R. Tolkien’s masterpiece has enjoyed an unprecedented range of success from dvd sales to conventions to toys and all around fanboy swag and let’s not forget all the damn copyrights and licensing for doing anything Middle Earth related. With this sort of reach, I think it’s pretty safe to assume that fans of this film are vast and diverse in numbers. Asian, African, European, South American, you name it. There aren’t many who haven’t heard of Peter Jackson or The Lord Of The Rings, but one thing struck me as funny tonight, as I tossed and turned in bed, and that’s, “why hasn’t anyone of color ever been cast in a speaking role in these films?”

The Hobbit, the fourth film in the series, is in post production now and is set to release on December of 2012 and looking at the cast of this guaranteed behemoth, most of whom consist of a lot of the original players, there’s not a majority among them. This brings me to my question, would casting a male or female of color in a speaking role for a hugely popular “fantasy” hurt or help this film? Now before answering that question, please remember I am an actor and a fan of all the films. I’m not talking about putting someone in the role for the sake of color or political correctness, but what if there is someone really good out there? Do you turn them away cause of their skin? This new film contains tons of new characters, a hand full of starring dwarf characters (12 to be exact), elves and even human’s have been added to the film. Surely there were actors/actresses, of color who fit the bill right? I know that Peter is good about blessing his productions by having leaders of the Polynesian community come out to the set and say a few words to aid in making sure the production comes off without a hitch, but are we to assume that that is where the diversity ends? I know that for the first three films many Polynesian’s were used as Urakai (Super Orc’s) for the large battle scenes, but their faces were covered in latex and make up, a little insulting…don’t you think, especially when you consider the land they are filming on belongs to their ancestors. This isn’t the first time this issue of color has come up, back in 2010 a casting director on The Hobbit was fired (made a scapegoat) for discriminating against a Pakistani woman who was auditioning as an “extra” in the film. The casting director was quoted as saying to the woman that “We are looking for light-skinned people. I’m not trying to be…Whatever. It’s just the brief. You’ve got to look like a hobbit.”

The Jackson camp later issued statement’s against what the casting director had done saying: “It is not something the producers or the director of The Hobbit were aware of. They would never issue instructions of this kind to the casting crew. All people meeting the age and height requirements are welcome to audition.”

They also had this to say: “No such instructions were given. The crew member in question took it upon themselves to do that and it’s not something we instructed or condoned.”

It goes without saying that we can expect to see some dark skinned Hobbit’s in the Shire in the new film after that fuck up, but what about leads or, as I said before, does the diversity end there? Here’s my take on this whole color situation. I think most of us could look past the fact that there weren’t any people of color in the first three films and I don’t know if we should’ve been hollering for equality then, but 12 yeas later and here’s this huge cast and nothing? I’ve often praised the non American film makers, for thinking outside the box. They’ve always seemed to be the one’s more likely to go against the Hollywood norm and place people of color in roles you wouldn’t expect. This isn’t the case with The Hobbit and it does bother me a little, enough for me to be writing this in bed at 6:06 a.m.

What I find fascinating is that Peter is creating this world and he’s a strong and powerful director, strong enough to do as he pleases, given the success of the previous films, so why not mix it up? You can’t tell me there’s not a part of him that’s a tad bit bored of Middle Earth and that there aren’t times that he wished it would all go away. My guess is that he’s adhering to some Celtic/ European aesthetic, that the story seemingly surrounds. Tolkien, being English, does make mention of a lot of practices in The Hobbit world that would give the reader the sense that “yeah…this is completely British”, but that’s just the way the man wrote, wasn’t it his mission to try to create a world no one had ever seen? A world unlike his own? You go through all the trouble of creating Dwarves, Elves, Orcs and Wizards and you mean to tell me, it was always his vision for them to be white? Doesn’t seem too out of the box. Maybe he wanted it to be out of the box, but in the hood. I realize in the end this is Jackson’s vision and as an artist I respect it, but he didn’t even want to shoot this film when he was approached about it. So where does his loyalty lie? This issue won’t keep me from enjoying this film, but it does nothing, by way of, fixing the color code that exist in the film industry and soon to be, in the minds of the youth that watch this film. If there was one genre that could help break down stereotypes in an increasingly separatist world it’s films like these, films that  are supposed to leave all that shit at the door. Bradbury, Tolkien, Wells, Verne, Lewis all unknowingly or maybe knowingly, laid the ground work for ideas that knew no color, but unfortunately social bullshit fills in those blanks of our imagination that would have otherwise been able to roam and therein lies the real tragedy. Knowing the power you have to really change the way people think about each other, but doing nothing to propel it, is a moral disgrace. It’s an opportunity lost and perhaps the white mans burden, but it’s one that some see, but choose to ignore.

12 thoughts on “Would casting someone of color in The Hobbit, help or hurt the film?”