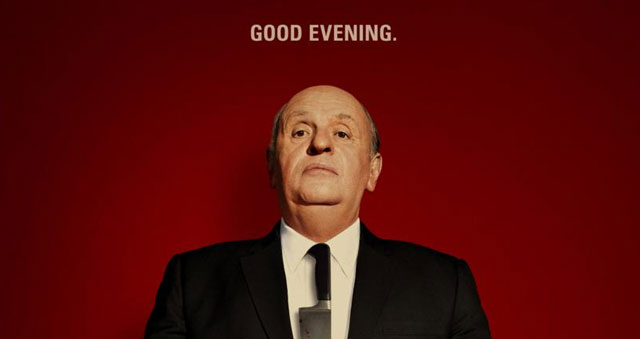 After watching this trailer for the new Hitchcock biopic starring Helen Mirren and Anthony Hopkins and directed by Sacha Gervasi (Anvil! The Story of Anvil), I’m positive this will get the Oscar nod it deserves. Hopkins really harnessed Alfred’s dark wit and demeanor and as for Helen, who plays his wife, well not a whole lot is known about her so we get to see her show us the woman behind the man with fresh eyes. The cinematography is very clean and slightly reminiscent of the AMC show MADMEN, makes sense since the story takes place in the late fifties early sixties. I mentioned this before, but the makeup and costume designs are unbelievable and are sure to take home a few statues as well. The film also stars Scarlett Johansson, Danny Huston, Toni Collette, Jessica Biel, Michael Stuhlbarg and James D’Arcy and is due to hit theaters on November 23rd.