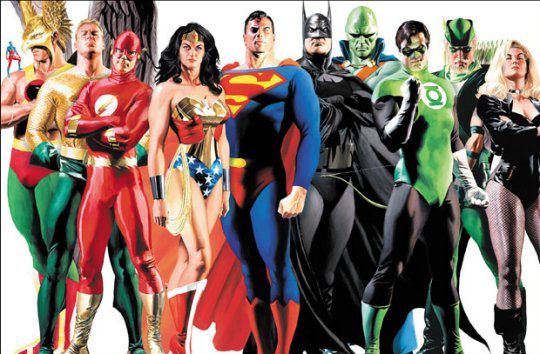 Just woke up to some good news this morning via Firstshowing.net, for those of you who have been following, it has been a long messy hill leading up to what most folks call the impossible film. Many have said why shoot this, myself included, but only because all the characters needed, outside of Batman and Superman, have been plagued with shitty luck. The Wonder Woman series got cancelled, Green Lantern apparently sucked and everyone else is running a distant third in tangibility and relevance in this fast paced world. Well shut my mouth and shave my eyebrows cause it looks like Justice League is happening! After winning a pivotal court battle over Superman rights with the heirs co creator Joseph Schuster Warner Bros studios has slated The Justice League Movie for 2015.

In a crucial legal victory for the Burbank studio, a federal judge in Los Angeles on Wednesday 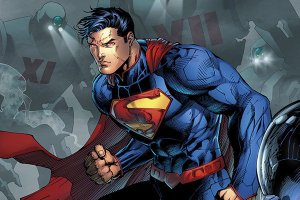 denied an effort by the heirs of Superman co-creator Joseph Shuster to reclaim their 50% interest in the world’s most famous superhero. Had Warner and its DC Comics subsidiary lost the case, they would have soon been unable to continue using certain key elements of the Superman mythos — including his super strength and speed, secret identity as Clark Kent and girlfriend Lois Lane –without reaching a costly new agreement with the estates of Shuster and co-creator Jerry Siegel.Warner plans to release a new big-budget Superman movie, “Man of Steel,” in June. Wednesday’s ruling will allow it to produce sequels should that picture prove successful. In addition, the studio has been eager to produce a movie featuring the DC superhero team Justice League as soon as 2015, which would have been impossible without lead character Superman.

So what’s this mean? It means that Warner Brother’s Studio has a shit ton of work to do considering there’s no script or director attached to the film as of yet. They are kind of ahead of the game with Zack Snyders (produced by Chris Nolan) Man Of Steel releasing next year, but what about the Bat. Chris Nolan said he’s done and Cristian Bale also said he’s pretty much through. I’m thinking the only way Bales coming back is with the keys to Fort Knox. According to FS.NET they also intend to release Justice League right about the same time The Avengers 2 film hits screens May of that same year oh and remember Wonder Woman (Who…what?) yeah she’s gonna need to be there too…not to mention all the other guys whose stories need to be somewhat in the pot before they all come together in the JL2 film (realistically speaking). It’s a tough road ahead, but it can be done. Good luck WB good luck.