“There are two kinds of people out there with a special gift. The ones who think they really have some kind of power. And the other guys, who think that we can’t figure them out. They’re both wrong”

I’m going to do something I rarely do when I start writing anything about a movie. Right out of the gate I’m going to commit to the everlasting medium of the Internet, where words may persist ad infinitum, that I loved this movie. I. Loved. This. Movie. There, I said it.

Well, maybe “love” is a strong word.  I certainly liked it, however.

book about Houdini off a Scholastic Book Bus. Remember those? In the book, the biographer detailed how, during of the Golden age of the Spirit Medium in America, around the 1920′s and after his mother’s death, Houdini began focusing his energy on debunking psychics and mediums. Houdini, who had entered into the task with an open heart hoping secretly to make contact with his deceased mother, ultimately found the mediums he encountered to be frauds. The story captivated me and taught me, at an early age, to be pragmatic and scientific. It also taught me that it’s okay to try to understand.

Dr. Margaret Matheson (Sigourney Weaver) and her assistant, Dr. Tom Buckley (Cillian Murphy), debunk psychics and paranormal activity in addition to teaching at a local university. The opening sequence shows the duo arriving at a large estate where something is horribly amiss. Matheson and Buckley take their time setting up, making sure to get it right. The lights are dimmed until only a solitary red light bulb remains illuminated on a table where Matheson and three others sit. The table 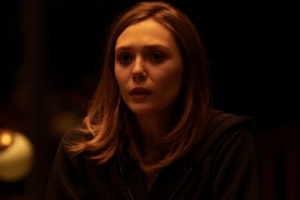 begins to shake and rise. Thudding and scrambling noises shake the house. It’s simultaneously terrifying and suspicious. Buckley, seated in the corner behind a stack of highly sophisticated equipment looks at Matheson and shakes his head. Nothing. It’s a scam.

As the two return home, you begin to get a sense of the deep connection the two share. The following day, it’s business as usual as the two teach the basis of proper scientific investigation to a roomful of rapt students. Interwoven into this are scenes of Simon Silver, a world renown psychic (played by Robert DeNiro) who disappeared from the public eye after the mysterious death of his harshest critic at Silver’s final show. Silver is poised to make a return to the world stage. Matheson, who has a hidden history with Silver, refuses to let Buckley investigate him. 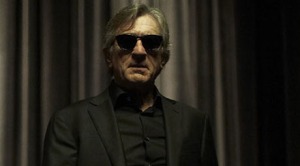 Summer’s The Sixth Sense. That may be a bit of a stretch, but Red Lights does offer it’s fair share of tension, thrills, and a disproportionately amazing performance from Sigourney Weaver. One of my first loves, I may be a little biased in saying this, but Weaver is still at the top of her game in Red Lights. My only complaint is that I wanted more screen time with her. But what you get is absolutely riveting.

Red Lights is written and directed by Rodrigo Cortés, the same sick genius who trapped us in a box with Ryan Reynolds in 2010′s Buried. The tone and pacing of Red Lights is familiar in that regard with the first half of the film acting as an elaborate set up to what the audience begins anticipating will be a final show-off between Silver and Buckley. The film is insistent and driven. The lighting in the film is key. Like the world of the spirit medium and the psychic, the film is kept deliberately dark. It misdirects you. It is atmospheric and craftily deceptive.  From the noir-esque title sequence (designed by Jorge Calvo) to the “surprise” ending, Red Lights wants to engage you.  Whether or not it does depends on where you look.

Some of you, no doubt, will have the story all worked out before the end.  For you, this film is only going to be worth your time thanks to the performances by Weaver, DeNiro and Murphy.

Cillian Murphy turns in another gripping character performance as Buckley, the talented physicist who, instead of having his own brilliant career, chooses to stay at Margaret’s side as her assistant. And there are solid performances from Elizabeth Olsen (star of Martha Marcy May Marlene) and Toby Jones.