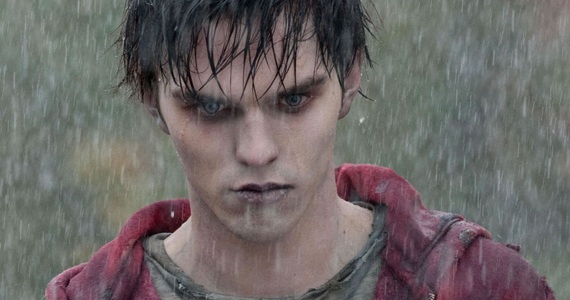 I’ll be the first to admit that the zombie genre needs an enema and Warm Bodies may be just what the doctor ordered. This film, that takes a bit from the graphic novel Izombie, is a refreshing and clever take on the zombie apocalypse. In it Nicholas Hoult plays a lowly brain eater whose days as an undead minion has given him plenty of time for contemplation and cynicism about the zombie world until he meets Julie (Teresa Palmer) whose strikingly good looks and terrible aim sets the stage for an unnatural, but strangely funny comedy romance. Warm Bodies is directed by Jonathan Levin (The Wackness,50/50) and written by Jonathan  Levine , Isaac Marion (who wrote the novel this film is based on) and stars Nicholas Hoult, John Malkovich and Rob Corddry. Warm Bodies was originally set to release this summer, but was pushed back by Summit Entertainment to Feb 1st 2013. The film has that Adventure Land vibe so I suspect it will be a hipster hit if nothing else. Let us know what you think of the trailer.