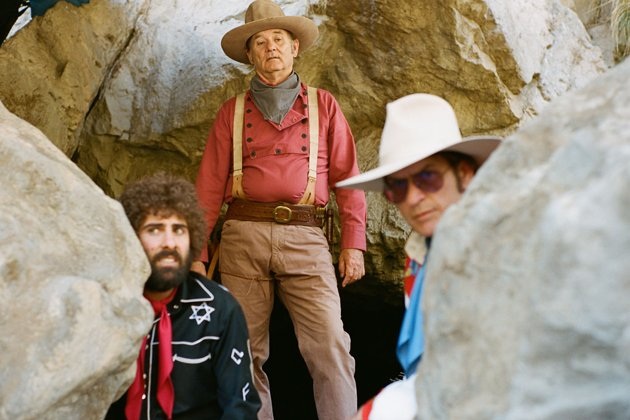 It is not because of Charlie Sheen (who, by the way, is so lucky he belongs to Hollywood Royalty), but because of Roman Coppola (CQ, Moonrise Kingdom) that I am posting this. This trailer reminds me of that game “six degrees of Kevin Bacon,” only this one could be called “six degrees of Jason Schwartzman“. I became a fan of Roman’s back when he directed The Strokes video “Last Night.” I realized, like most, he has a thing for the seventies and eighties, and although his father and sister 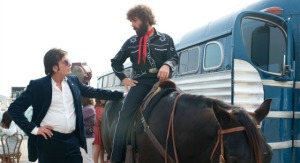 have a history of putting out some amazing pictures, Roman remains the nerd in the family, and I love him for it. Roman is not alone in his love for the strange and quirky; in fact, another famous movie-making nerd, Wes Anderson, has worked together with Roman on several projects. Are you starting to see how this film hipster circle of life got started? These two wrote The Darjeeling Limited and Moonrise Kingdom, and it stands to reason that there are probably a few other collaborations that I don’t know about, but you’re just gonna have to let me build you a bridge so you can get over it. Although Roman has put out some decent pictures, strangely enough, the bulk of his work has been writing and doing second unit directing for His father’s (Francis Ford Coppola), his sis’s (Sophia Coppola) and Wes Anderson’s films. I’m guessing he likes to stay in the background? 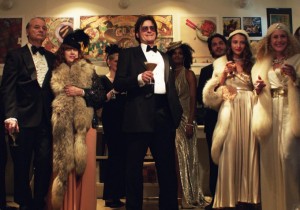 Digressing hard…let’s get to this trailer. A Glimpse Inside the Mind of Charles Swan III, starring Charlie Sheen, Bill Murray and Jason Schwartzman, a.k.a The Zohan, is filled with a lot of strangeness. Is what we are seeing memories, dreams or hallucinations? I don’t know, but this trailer feels very “Lebowski” to me for some reason. So far the reviews of this film have been mixed, as I would expect, but nonetheless, it still warrants an audience, even if it is just an art house audience.

Set in a stylized Los Angeles, A GLIMPSE INSIDE THE MIND OF CHARLES SWAN III is a playful comedy of lost love, friendship, revenge fantasies, and Brandy Alexanders. Charles (Charlie Sheen) is a successful graphic designer whose fame, money and charm have provided him with a seemingly perfect life. When his true love, a perplexing beauty named Ivana, suddenly breaks off their relationship, Charles’ life falls apart, and he swirls into a downward spiral of doubt, confusion and reflection. With the support of his loyal intimates—Kirby (Jason Schwartzman), Saul (Bill Murray), and his sister, Izzy (Patricia Arquette)—he begins the hard road of self-evaluation to come to terms with a life without Ivana. The film begs the question: Is it possible to love and hate someone at the same time?

A Glimpse Inside The Mind Of Charles Swan III is set to release February 8th, 2013.