For all it’s worth, I know I’ll still be in line to see this movie, even if I still feel as though J.J. Abram’s has added one too many lens flares and tongue and cheek to a cannon that is infallible. It was with deep regret, that I never really got into this Hollywood reboot of the Star Trek franchise. The relationships in the new movie seemed a bit forced and geared more so to an audience that favors flash or real science fiction and plausibility. It is the opinion of this author that real science fiction can no longer be found on the big screen, but where they’ve always been… in books. Gone are the days of films like 2001 or Blade Runner. These were films that my dad took me to see and although I was really young and fell asleep in the middle of most of them, I have grown to respect what it was he was trying to show me. I guess everything has it’s place and my blood has become too thick for this climate, but having said that, I will probably see this movie. Candy is candy and boy does J.J. know how to entice. I will make mention of one thing though, if the voice of the villain is supposed to be the guy that the trailer eludes to, I think I could kick his ass. I’m just saying, he looks like a bitch and I’m gonna beat his ass like he owes me money, if I see him on the street. BAT FIGHT!!!!! 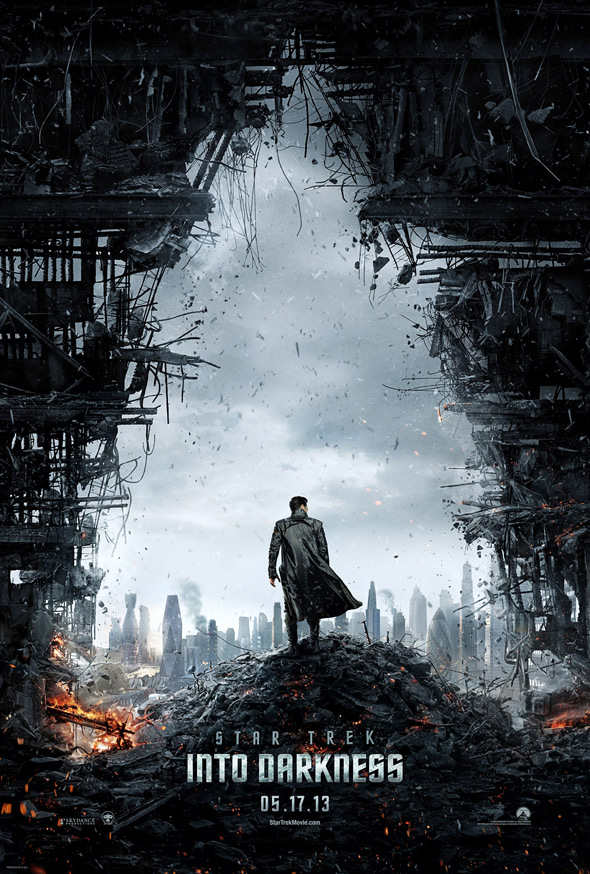