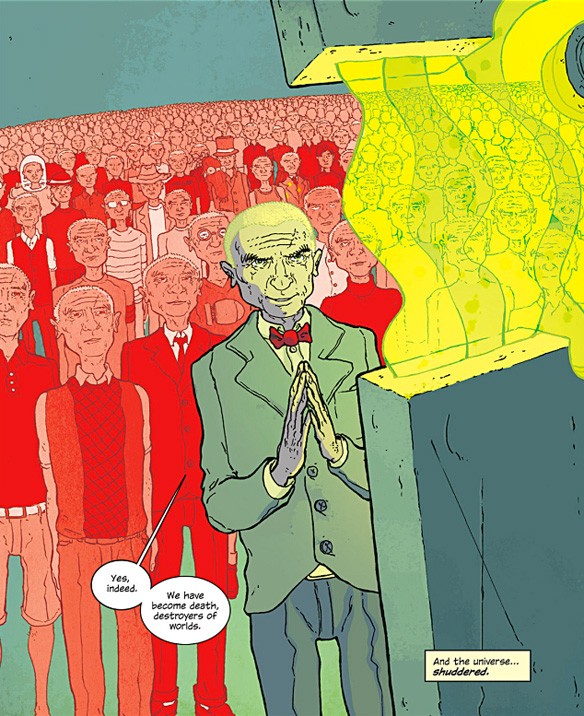 The New Year is on its way, and with it the tenth issue of Image‘s The Manhattan Projects. Written by Jonathan Hickman—known for his other awesome series, The Nightly News—and the up-and-coming Nick Pitarra, this series is a conspiracy theorist’s delight. Check it out: 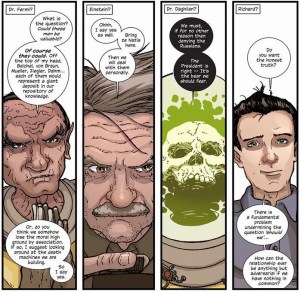 What if the research and development department created to produce the first atomic bomb was a front for a series of other, more unusual, programs? What if the union of a generation’s brightest minds was not a signal for optimism, but foreboding? What if everything…went wrong?

Needless to say, this is not the story as Wikipedia tells it. These aforementioned unusual programs include dimensional portals, space travel, aliens, radiation mutants, and artificial intelligence. According to this series, so much is hidden behind the face of the Manhattan Project—most of all, the true natures of its collaborators. 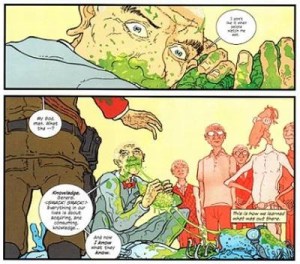 In Volume 1 of The Manhattan Projects, which combines issues 1-5, we are introduced to an array of sinister characters: Richard Feynman, Leslie Groves, Wernher von Braun, Enrico Fermi, Harry Daghlian, the re-animated mind of Franklin D. Roosevelt, and even good ol’ Einstein. The focus, however, seems to lean slightly toward Joseph/Robert Oppenheimer, who suffers from massively multiple personalities and a tendency toward cannibalism.

As of yet, there are no immediate protagonists, and all of the characters seem to be quite amoral, sacrificing virtue and humanity in the name of scientific progression. Frankly, I don’t think I have read anything quite like it. Hickman and Pitarra have taken history and recreated it in an endless series of aha! and omg! moments that will have readers rethinking the gray areas between right and wrong and where we, as Americans, fall on that scale. 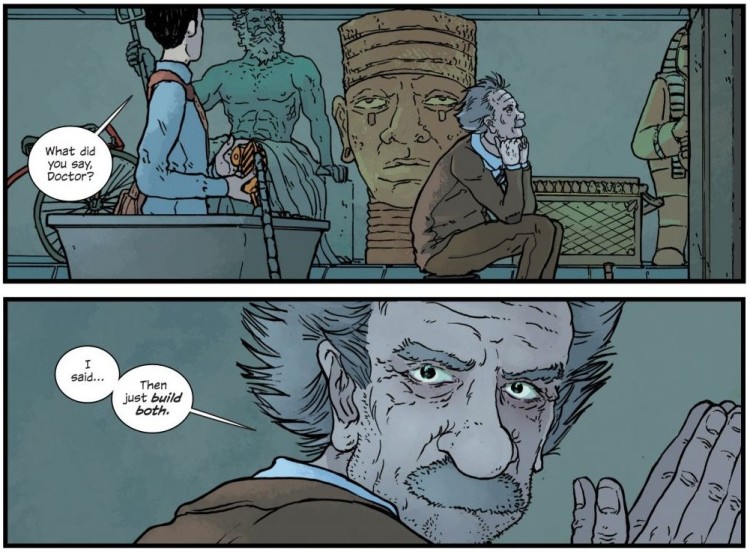 The Manhattan Projects Issue #10 comes out on January 30, 2013, and Issue #11 will follow in February. Perhaps, somewhere around then, we will see a second volume as well.

I am a senior at Arizona State University and a fiction and creative nonfiction writer. My hobbies include policing other people's grammar, reading books with interesting covers, and riding my bicycle on fair weather days. View more posts