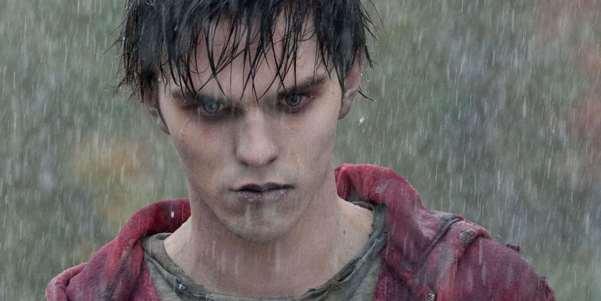 Warm Bodies is not your sister’s/girlfriend’s Twilight. Although, at first blush, the similarities between the two films seem easy-pickens for those not in the know. I’ve therefore braced myself for the inevitable and inescapable comparisons. It’s a pity, really, because it takes the focus away from what is a solidly entertaining film.

Based on Isaac Marion’s novel of the same name, the film adaptation of Warm Bodies (more or less) follows the premise of the book. Some unknown, and in the end unimportant, phenomenon has occurred bringing the world to the brink of it’s inevitable demise. The dead walk the Earth in a state of unending decay until they are killed by the living or their bodies reach a state of decomposition that is no longer conducive to … well, hunting the living and feeding on their brains.

The undead crave them, spend hours and days on the prowl for them. In eating that soft, pink tissue – if only for a few fleeting moments – the undead can once more feel alive. They see images of the life before. Albeit, not their life, but a life, nonetheless.

Enter R. R could be 30. He could also be a teenager. He has no idea who he was or what he will 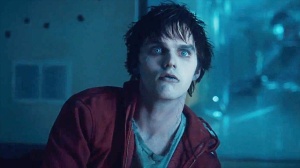 become. The story is told from his perspective, the view point of a zombie. Played by Nicholas Hoult, R’s character provides the voice over narrative that shapes the overall tone for the film. Historically speaking, I’ve never been fond of voice over narratives. They are distracting and hard-edged, an attempt to fill in the blanks left by the director/screenwriter. But here, in Warm Bodies, in a world where the undead can barely speak more than a few syllables at a time (if that), the voice over works. It really does. In fact, I’d go so far to say the film is critically dependent upon them.
The end of the world, plagues, the dead walking – I mean, it’s pretty heady stuff. A general feeling about the genre as a whole is that the tone of most zombie films is one of hopelessness, terror, of inevitability and, well, death. While zombies are awesome, the handling of them in cinema has started to feel too familiar. I’m talking about zombie/apocalypse fatigue.

That’s why Warm Bodies is such a delight. It dares to take the genre and skew it, just ever-so, until you come out the other end with a romantic-comedy-action-flick whose main character happens to be a zombie who meets a girl and falls in love.

Warm Bodies is surprisingly light-hearted, providing something we haven’t really seen in a zombie film since Shaun of the Dead (and perhaps, arguably, Zombieland). Warm Bodies is also, brace yourselves, a great date flick. Plenty of gore and action help to balance out the truly tender moments between R and Julie (Theresa Palmer). At the heart, Warm Bodies, is, after all, a story about the incredible power of human connection.

The filmmakers got so many things right with this film, it’s difficult to fit everything into a single post. Obviously, it’s a task made easier by the brilliance of Marion’s novel. However, the pièce de résistance of Warm Bodies is the soundtrack.  Featuring songs by Guns N’ Roses, M83 and The Black Keys (just to mention a smattering among a slew of awesome), it’s the first non-orchestral film soundtrack I’ve thought of buying in years.

Warm Bodies due in theaters February 1, 2013 – just in time for Valentine’s Day.