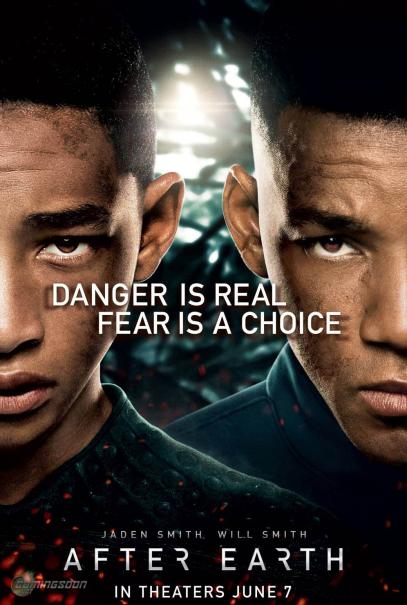 Damn! I gotta say, M. Knight may just come back from the slump with this one. I was already impressed with the first trailer for this film, but this second one is brilliant. The story is all very well set up, plus it eludes to some things that they were gracious enough to leave out of the trailer. I will say this though, there are more than a butt load of films about turning kids into killing machines as of late…wouldn’t you say? The Hunger Games, the soon to be released Ender’s Game, the web series Halo:Forward unto Dawn. Am i right or am I right? This story line is no exception, but there’s apart of me that wants to see good things for everyone involved with this picture. I’ve said it before and I’ll say it again, this looks better than the Cruise/Freeman joint OBLIVION.

In the near future, humanity was forced to abandon the planet forever after cataclysmic events, and they reestablished mankind on the planet Nova Prime, light years away from Earth, and managed to rebuild society. Earth was left in its prime state, and continued to live on its own.

1,000 years later, a crash-landing of a small ship leaves teenager Kitai Raige (Jaden Smith) and his father, army General Cypher Raige (Will Smith) stranded. With Cypher critically injured, Kitai must embark on a perilous journey to signal for help so they can return to Nova Prime, facing uncharted terrain, evolved animal species that now rule the planet, and an unstoppable alien creature that escaped during the crash. The father and son must learn to work together and learn to trust one another if they want any chance of escaping Earth and returning home.

After Earth is directed by M. Knight Shyamalan and stars Will Smith and Jaden Smith. After Earth releases in theaters on June 7, 2013.

One thought on “Second trailer for M. Knight Shyamalan’s “After Earth” starring Will and Jaden Smith Arrives in Epic fashion”