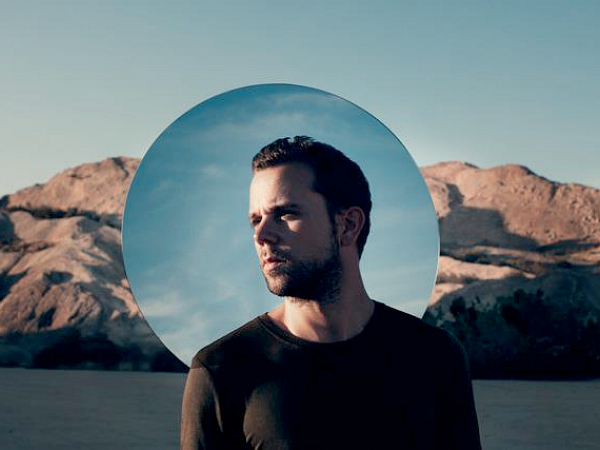 So many amazing artist have transitioned into composing soundtracks and have done so successfully. Trent Reznor, Danny Elfman, Jonsi, Johnny Greenwood, BECK and Randy Newman just to name a few. All great artist and all clearly capable of pushing themselves to that next level. Anthony Gonzalez  of M83 can now be added to that list, but it isn’t like his music hasn’t been used in a slew of trailers and commercial’s, it’s just that this recent endeavor makes it official. Most of you remember the M83 track “OUTRO” off their “Hurry Up Were Dreaming” album, that was used in The Cloud Atlas  trailer. If that song didn’t help sell that highly complicated film, to people who had no idea what the film was, I don’t know what did. There’s no one I know, that didn’t say they got chills when they saw the trailer for The Cloud Atlas for the first time. It’s a shame too, cause not only was the film a respectable endeavor, but the soundtrack composed by Tom Tykwer, Johnny Klimek, Reinhold Heil is absolutely outstanding and it along with other aspects of the film were completely snubbed by The Academy of Motion Picture Art and Sciences   this year. This really doesn’t surprise me considering this institution was also responsible for snubbing Martin Scorsese for best director of Good Fellas, they also had never given an award to Alfred Hitchcock. Alfred Hitchcock…wtf! So yeah, they suck! But you know what doesn’t suck? This new  M83 track off the OBLIVION OST. Look folks, I know I have been bad mouthing this film, but it’s because I’m not making the connection. I felt too much has already been given away in the trailer, so unless director Joseph Kosinski (Tron Legacy), pulls an amazing M.Knight Shyamalan, people are going to be disappointed. Allow me to make this very clear…I want this film to work. This is just how I’m feeling right now, that being said, I think leaking this little snippet from the OST is moving in the right direction and should snatch in the last few line toter’s before the films releases on April 19, 2013. M83’s Anthony Gonzalez scored Oblivion with Disney XD’s TRON: Uprising composer Joseph Trapanese , the two are being called M83 although Joseph is not a current member.

If you haven’t seen nor heard Tron: Uprising yet…well damn. It’s not just a cartoon people, it’s some serious next level animation. I’ve embedded the soundtrack from Tron Uprising below, compliment’s of Geek Tyrant’s SoundTRAX series on Soundcloud. If these two great musician’s continue to work together, they have a very promising future in the film industry.

Living and patrolling the breathtaking skies from thousands of feet above, Jack’s soaring existence is brought crashing down when he rescues a beautiful stranger from a downed spacecraft. Her arrival triggers a chain of events that forces him to question everything he knows and puts the fate of humanity in his hands.