What better way to start a festival than a day full of energy and sun. We anticipated multiple artists throughout the day, and we’re pleased to announce that all surpassed expectations. From amazing food vendors to a great main stage lineup, the first day of the Vancouver Folk Music Festival was great.

Sierra Leone’s Refugee All Stars kicked off the night with bombastic beats with a world-beat flair. Dressed in traditional African attire, they blasted the audience with groovy songs and a taste of what’s expected. Throughout their set, they would ask the audience, “Are you happy?”. There’s only one correct answer, yes, we are all happy. Nothing got us more fired up for the weekend than an enormous smile and a strong groove.

Following the kick-off, Hannah Georgas graced the main stage with her presence. The indie-pop sweetheart brought along a cool and savvy backing band that kicked major ass during her set. Playing tracks mostly off her new album, Hannah Georgas, everyone was in for a great time. “It’s such a treat to play here,” she announced before leading into a string of songs, starting with “Somebody”. She then played, “Shortie”, and with a magnificent crescendo, blasted right into “Elephant”. The moment everyone was waiting for came in at the perfect time, bringing her dear friend Kathleen Edwards onto the stage to play her hit, “Enemies”, following that was “Millions”, and ended her sweet set again with Edwards playing “The Deep End”. 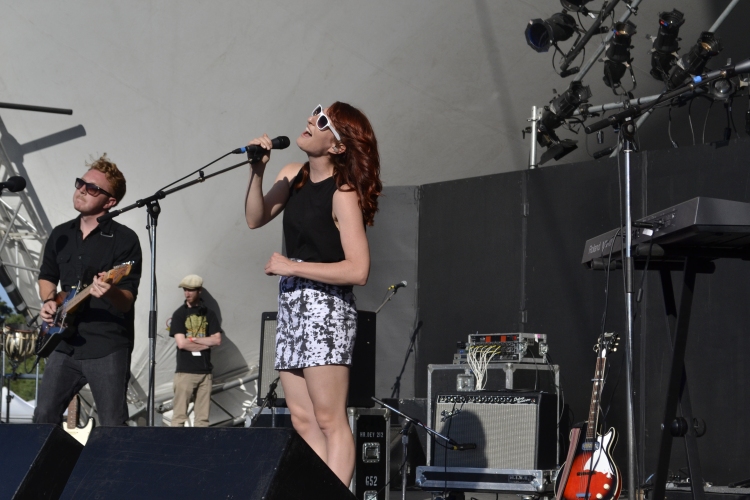 The other set we anticipated hugely was Kathleen Edwards. Running off the recent success of her 2012 album, Voyageur, she brought two other members along with her. They rocked a matching set of red SG replicas when playing her rock songs. Playing in front of a setting sun, she called the audience to acknowledge the beauty of it, “Last few moment of the day, the sun is coming down. What a sight,”. Edwards then followed up the statement with her album opener, “Empty Threat”, stating the beauty of our life. She powered the older fans with a favourite, “Hockey Skates”, and returned the favour by calling up Hannah Georgas to the stage for a personal favourite, “Chameleon/Comedian”. She taunted the audience with a few jokes, connected with fans, and had the entire package for a young veteran of the Canadian folk scene. Closing off the set, she played the amazing track, “Change The Sheets”. It’s moments like this that me realize how lucky we are to have this kind of life. 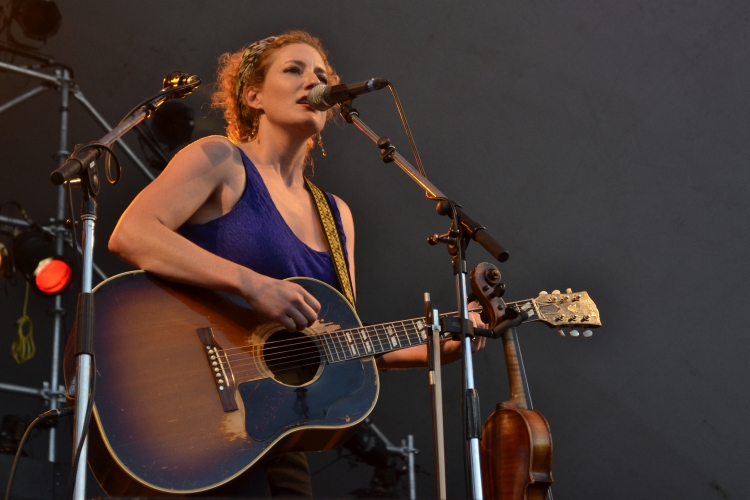 Be sure to check up soon for full coverage of Saturday at the Vancouver Folk Music Festival.