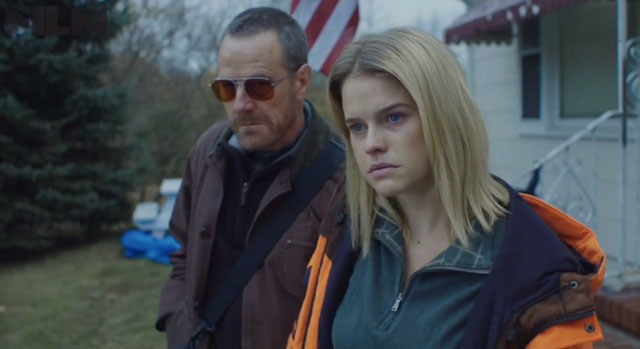 Proving once again that there is nothing that this man can not do, Bryan Cranston (Breaking Bad) is going “out the box” in his role as a nearly blind, Russian, career criminal. Cold Comes the Night is directed by Tze Chun (Children of Invention) and is about…

A struggling motel owner (Alice Eve) and her daughter are taken hostage by a nearly blind career criminal (Bryan Cranston) to act as his eyes in a vengeful attempt to retrieve the duffel bag full of stolen money that she lifted from one of the motel’s rooms. But now a crooked cop has the cash, and she has to help track him down and get the money back.

I was none too impressed by Alice Eve’s performance in Star Trek, but what better way to rebound than to “ugly” yourself up for a role like this.

In her defense, I think Star Trek was the first thing I’d ever seen her in.

But still, some people  have got the formula down and will stop at nothing to see that statue. I imagine Alice has been reading the Charlize Theron “How to make it as a pretty/ugly girl in Hollywood” book at her bedside.  Clever girl.