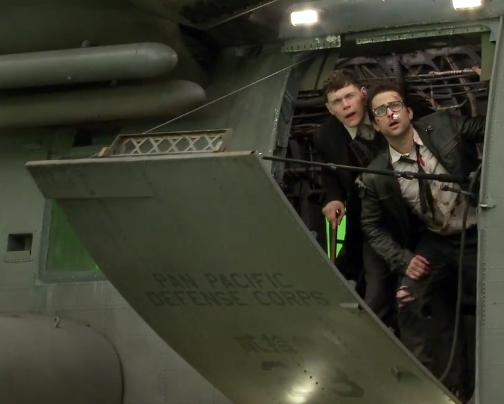 Most of you already know about my love for Pacific Rim. I found it to be highly inventive and fun, but I found this article on Tumblr today that digs deeper into why this film forges new territory while others continue to tread water.

“WHAT IS THIS I DON’T EVEN” is a blog on Tumblr owned by a Pac-head (I just made that up), but it’s someone whose a 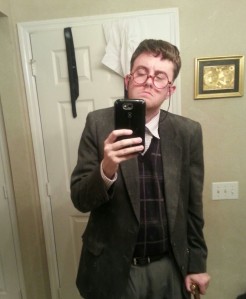 serious Pacific Rim fan. This guy cosplay’s and does write-ups on the complexity of the film all the time. This recent post went into the nerdy characters on Pacific Rim Herman Gottlieb played by Burn Gorman and Dr. Newton Geiszler played by Charlie Day. His post shines light on some very interesting points regarding these, would be outsiders, had it not been for Guillermo Del Toro‘s forward thinking.

2) Not marginalized for being geeks.

Here’s a biggie: Newt & Hermann, despite being geeks, are not defined by their relationship as it compares to the non-geek cast. There is no “nerds vs jocks” thing going on.

They are not marginalized as “The Other”. Their comedic role comes from their relationship with each other, not from being nerdy. (Note when Hermann goes into his “handwriting of God” spiel, Newton – a fellow nerd – is the one that laughs at him. Other movies would have Herc or Pentecost be the ones to be all “yo, dude, tone down the math feels for us normal peeps”) The people most likely to suffer from their character flaws are, really, just Newt and Hermann. Pentecost gets mad at them for arguing, but he gets mad at a *lot* of people in the movie for arguing.

Back to the concept of “Othering” geeks: Take a look at all the scenes in the lab. Consider all the other movies where the mere presence of a non-geek character in a geek’s “lair” is a source of discomfort or comedy. None of that here. It’s very refreshing.

Interesting stuff huh? Just one of those things that kind of floats past you as the robots and kaiju go at it, but subconsciously you absorb, ultimately forming your opinion about the film. I guess looking back, I should’ve noticed it, but being a Del Toro fan, I wouldn’t expect anything less. He’s always thinking outside the box…well except for the Russian’s and Chinese in the film, but hopefully we will get their stories in the sequel.

WHAT IS THIS I DON’T EVEN