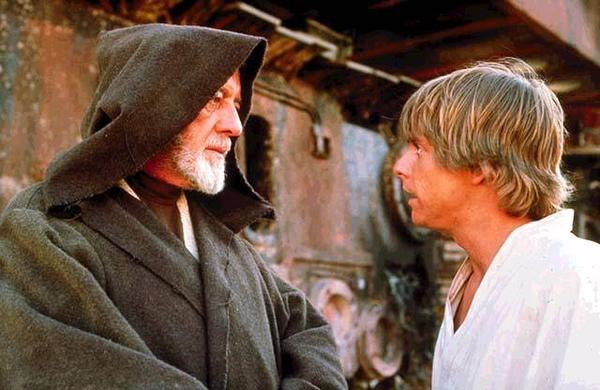 The years have not been kind to the Jedi, a once benevolent group of mystics whom occasionally had to do battle with the forces of evil to create balance in the universe. Remember when Star Wars was just about Luke Skywalker, Obi Wan Kenobi, Yoda and Darth Vader? It’s been a very long time since I’ve been able to say those names and actually feel that same level of honor, one might feel, being inducted into a secret society.

This was another one of my random thoughts, I had while slinging hash at my job, and thought “hey…maybe there’s others out there who feel the same way”…so I decided to expound upon it.

Call me crazy, but when you watch Star Wars: A New Hope, didn’t you get the sense that the Jedi’s were still a bit aloof, even when they were accepted by the Republic? They still seemed nomadic in their ways and very hard to understand at times and like searching for a new Dalai Lama, a Jedi seemed, to me, to be very…very hard to come by, even before the slaughter, but not anymore.

How many Jedi’s does this Star Wars really need?

For me, the answers simple, but for those hellbent on making

money off this franchise, the answers “there can never be too many”. Now with the Star Wars :The Old Republic MMORPG, everyone and their uncle can be a  Jedi, as if in Ben’s time, they were just handing out lightsaber’s  like government cheese.

Perhaps it’s because I haven’t read any of the spin off novels and comic books, except Timothy Zahn’s “Heir To The Empire”, but hasn’t this always been about the movies and not the books?

Sure, I too envision a world of yet unheard of Jedi, all with new and fascinating force skills, and belonging to interesting new races, but one must draw the line between recklessness and tangibility…yes, even in fantasy, this is what makes fantasy great. Isn’t it?

I didn’t need to see the Jedi Council in “The Phantom Menace”. Why couldn’t it have been just another level of the myth, one that we all subscribed to, but didn’t literally have to see? I mean can anyone, outside of the hardcore, name the members of the council or the race they belonged too? I know I can’t.

This wasn’t the only thing that bothered me, assuming the Jedi were the Templar’s of their time, there was nothing to suggest a monk lifestyle other than the robes they wore, which brings me back to Ben, in the first film. He was unlike any of the so-called Jedi we saw in Episodes I, II and III. He was like the “Oracle” in The Matrix. Simple, careful, always aware of his emotions and above all…humble. Certainly not the order we saw in the prequels with their spacious penthouse view of Coruscant. There’s nothing about the Jedi’s in the new movies that says ancient or mystic. In that way, I could see why something like the Sith would want to destroy them, but I highly doubt George was thinking about this when he embarked upon creating that reheated piece of fodder known as ‘the prequels”. He was just going for flash, forgoing any of the mysticism we became fond of in “A New Hope” and “The Empire Strikes Back” and “Return…” and replacing it with smoke and mirrors. Now everyone has the force, Leia, Han Solo, their kids and all the while, the ones who’ve remained more benevolent, clandestine, and shrouded in secrecy is the Sith.

I will even go as far as saying that “the “Sith” is the last bit of true Star Wars left, ironically enough”.

They are the one’s Hollywood unknowingly have made an “anomaly” in all this mess. We got bit’s and pieces of who they were in every film, but no visit to their planet or meeting with the council or glimpses into what it takes to become one. Again, if you’ve read any of the Dark Horse comics, you already know a lot about the Sith, but for the majority of moviegoers, there’s nothing. This is the model the Jedi’s/George Lucas, should’ve followed before he decided to blanket the screen with so many meaningless characters and colorful light sabers. This over saturation made the loss of their kind even more unceremonious than it already was. Not only were thousands of Jedi slain, we only knew the names of only a handful of them.

What’s real important to understand is that when George Lucas wrote A New Hope, back in the seventies-he, as a film student, was deeply into Akira Kurosawa films like “Rashomon”, “Seven Samurai” and “Ran”. He peppered “A New Hope” with all sorts of Japanese inspired aesthetics like Luke and Ben’s Hakama garb and even replaced Samurai katanas with light sabers. The colors white and black, used in the Tao symbol for balance, are also represented throughout the film, demonstrating duality and then there’s Yoda, who was essentially a small green version of Pat Morita from The Karate Kid. Course there’s the blatant Nazi symbolism embraced by the Empire, but I  wont to get into that.

What I’m saying is it took Luke Skywalker three films to become a full fledged Jedi. He had to learn how to control his emotions and discipline himself, a fact that was done away with with the introduction of Medichlorian’s in the prequels. The images of Luke doing the handstand in the swamps with Yoda and him taking the shots from his impromptu blast-shield training on the Falcon, are still etched in my mind. Now, no longer is this rigorous training necessary when your born with this ability. Really? Could they have made the Jedi anymore elitists?

Look, for every short coming the Star Wars franchise has faced in the last decade, there are a million more yet to come, but can we at least agree that the franchise has lost that bit (I use that term lightly) of magic that made the original great? No artist, I know, has ever finished a song, painting or script, without stepping back several times to look at what he or she has done and asking themselves “It this still me?”, “Is this still inspired?” These are questions, I’m afraid, George never asked himself, instead, as if he had no idea what he’d created two decades ago, he proceeded to go more west with the storyline than east, like he originally intended.

I won’t even ask you if whether approaching Star Wars from A New Hope point of view, is even worth it anymore, but it would be nice if the reigning science fiction/fantasy mutilator J.J. Abrams, would take this into consideration as he begins work on Star Wars Episode VII, but given his track record with Star Trek, I ‘d say don’t count on it and with that I leave you with the immortal words of C3PO…”We’re doomed.” 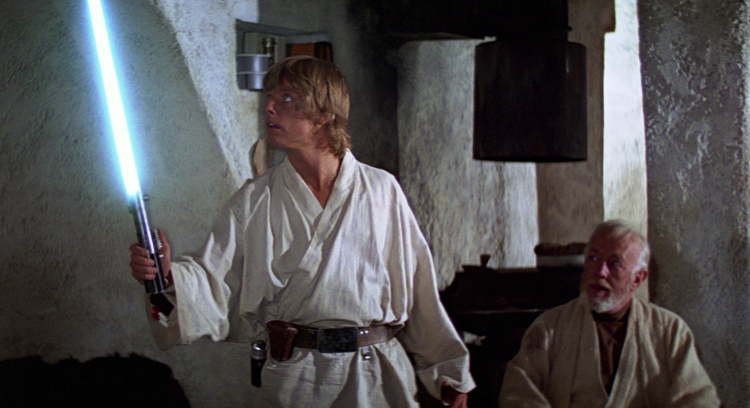