Conceptual artist Thom Tenery is no noobie to the concept art game, he’s worked with such entertainment giants as Disney, Blizzard Entertainment and the Syfy Channel. His most notable work was the sky tower home and drones in the Kosinski/Cruise film OBLIVION (available on Blu-Ray now).

Checking out his resume, I also see that he’s worked on some exciting projects that I remember hearing about awhile back, but have either been scraped or placed on hold….The Yellow Submarine directed by Robert Zemeckis and Barbarella directed by Robert Rodriguez. Because I’ve been following the progress on these films…somewhat, it kind of breaks my heart to know we may never get to see these designs, simply because the property now belongs to Disney (The Yellow Submarine) and Universal (Barbarella).

If Thom’s art work on those films is anything like what I’m posting, I may have to put a team together to infiltrate both those studios and lift them…for the fans. 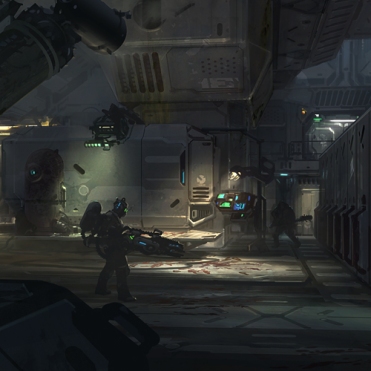 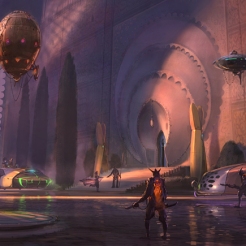 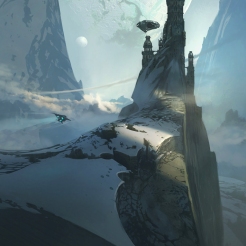 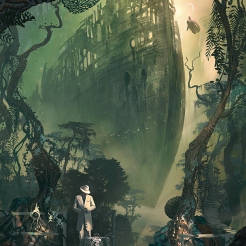 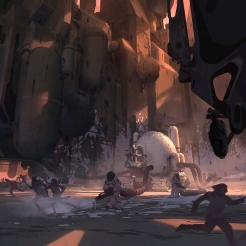