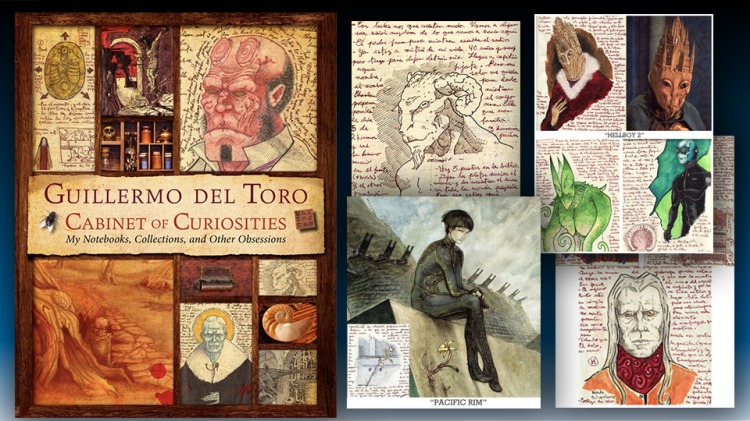 Every great auteur has a blue print or diary, of his or her plans to create something special. The director,Guillermo del Toro, is no different. He’s been drafting up ideas as long as Tim Burton has been sketching and now he’s releasing his ideas in a new book Guillermo del Toro’s Cabinet of Curiosities.

If the tradition during Halloween was to give gifts, this would be the perfect one. The book contains tons of sketches and writings, that chronicle Guillermo’s thought process during such films as Hellboy, Pan’s Labyrinth and Pacific Rim.  But whether it’s Halloween or Christmas, this book is guaranteed to blow minds.

Over the last two decades, writer-director Guillermo del Toro has mapped out a territory in the popular imagination that is uniquely his own, astonishing audiences with Cronos, Hellboy, Pan’s Labyrinth, and a host of other films and creative endeavors. Now, for the first time, del Toro reveals the inspirations behind his signature artistic motifs, sharing the contents of his personal notebooks, collections, and other obsessions. The result is a startling, intimate glimpse into the life and mind of one of the world’s most creative visionaries. Complete with running commentary, interview text, and annotations that contextualize the ample visual material, this deluxe compendium is every bit as inspired as del Toro is himself.

Contains a foreword by James Cameron, an afterword by Tom Cruise, and contributions from other luminaries, including Neil Gaiman and John Landis, among others.

Guillermo Del Toro’s Cabinet of Curiosities releases on October 29 and will run you a cool 60.00. You can pre-order the book now on Amazon for $36