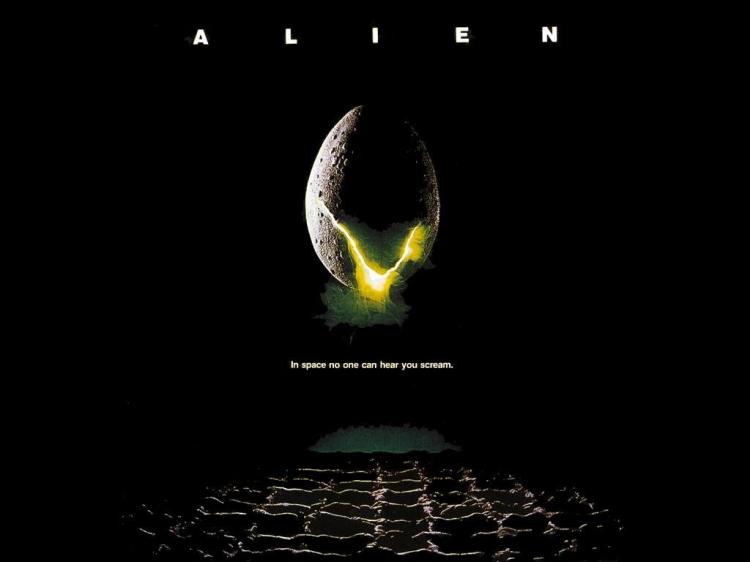 When a Weyland/Yutani towing vessel receives an order to investigate a signal of unknown origin on a nearby planet, the crew of the Nostromo are wakened from hypersleep.  Touching down on the planet from which the signal appears to originate, a search party comes into contact with an alien lifeform, one of whom attaches itself to the face of crew member.  Back aboard the Nostromo, the crew eager to dust off and head back to Earth, the alien begins to transform and hunt the crew.

Alien is one of those iconic films that’s been discussed, analyzed, argued over, and celebrated.  Rightfully so.  Scott’s vision of the Nostromo, its crew, and the alien landscape of LV-426 was so complete and fully realized that, in a way, they were made real.  The film spawned an epic franchise (including that disappointing crossover with the Predator series) and gave birth to what is arguably the strongest female character in the history of film: Ellen Ripley (Weaver).

Full of intricately developed tension, Alien is every inch a horror film.  That it’s set in space with an unknown species as its villain are the only reasons the film even manages to

The set of the Nostromo was constructed as a self-contained stage, one that the actors or crew couldn’t actually get out of without traversing to the other end.  This aided significantly in the authenticity of the claustrophobia felt in the film, in addition to restricting the movements of the cast, thereby increasing the tension between them.  The concept of an enclosed, complete set has since been duplicated by directors like Joss Whedon who constructed the set of Serenity much in the same manner.

There is an ongoing discussion about Alien‘s sexual undertones.  From the oral penetration of the face hugger, to the explosively violent “birth” of the alien a short while later, there’s no denying the intensity of the imagery.  There are also countless theories about the play on the fear of rape in men and how Alien has become a sort of payback for years of the film industry’s exploitation of women.  Take or leave the theories, one thing remains irrefutably clear.  Ridley Scott knows how to inject fear to maximum, unrelenting effect.

That the character of Riley (Weaver) was meant to be a man is not lost on me, or other fans of Alien and it’s subsequent sequels.  Weaver, who had up to the filming of Alien been predominantly a stage actor, brought a steely resolve to Ripley.  In a crew comprised mainly of men (the exception being Cartwright’s, Lambert, the ship’s navigator), Ripley stands her ground at every turn.

As a woman, there is probably no other performance in film that affected me, molded me, and influenced me as strongly as Weaver’s performance in Alien.  It taught me that women could be strong, resourceful, smart, and sexy.

Ripley is one hell of a role model and remains, to date, my favorite character in any film.

Akin to many other films made in the ’70s, Alien develops over a protracted period of time, with little action occurring in the first half of the film.  In many instances, there is nothing but silence, expect for maybe the humming sound of the ship.

You’re given a look at the Nostromo crew, their life, their interpersonal relationships and struggles.  Then Ridley Scott makes you sit there and steep in it.  Like the

crew, you’re more or less trapped in the confined space that is Nostromo.

This works to the extreme for the horror elements in the film.  Before the struggle to survive begins, you have a fairly good handle on the environment and the characters.  You know there’s nowhere to run and that no one is coming to help.  The crew, after all, is expendable.  Thanks, Weyland-Yutani.

Alien is a bonafide horror masterpiece, beautifully imagined, orchestrated, and executed by Scott.

Parasites, disease, physical invasion, claustrophobia, paranoia, Alien has it all.  Truly a must-see.  Alien is a bonafide horror masterpiece, beautifully imagined, orchestrated, and executed by Scott. 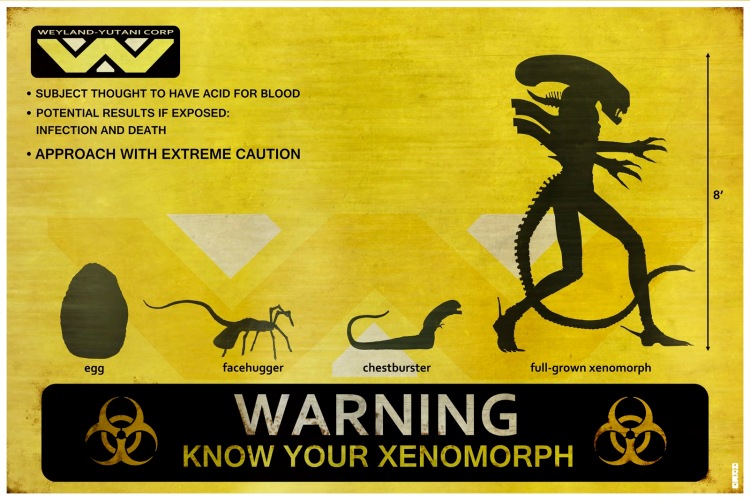