It is because films like this that I love Halloween! Directed by CGI animators Miguel Ortega (Jack The Giant Killer, THOR) and Tran Ma (Alice In Wonderland, G.I. Joe) The Ruby Green Pumpkin is a delight in that way that years from now you’ll be asking yourself “remember that one Halloween story…yeah that one. Wasn’t it awesome!” The story is a cleverly woven limerick about a woman/witch who lives in this wondrous world and gives candy to all who come to her door, dressed mind you. She dispenses these goodies from her ruby green pumpkin year after year. The story goes on to show all sorts of folks coming to her door for goodies and dressed in their Halloween best. It’s all pretty cheery until the three boys arrive, now I won’t spoil it for you, but that’s where the Tim Burton light heartedness kinda wanes, but still stays beautiful. My hopes is that every kid in the world gets a chance to see films like this, cause they are just plain good and filled with that level of simple story telling that’s hard to find nowadays.

The Green Ruby Pumpkin is a magical and fun short film that captures the enchantment of Halloween. It was a passion project that was created by two Senior visual effects artists. Miguel Ortega and Tran Ma. This Entire project was shot in the living room. watch the making of HERE

Currently Miguel Ortega and Tran Ma are working on a Lovecraft-esque feature called The Ningyo. 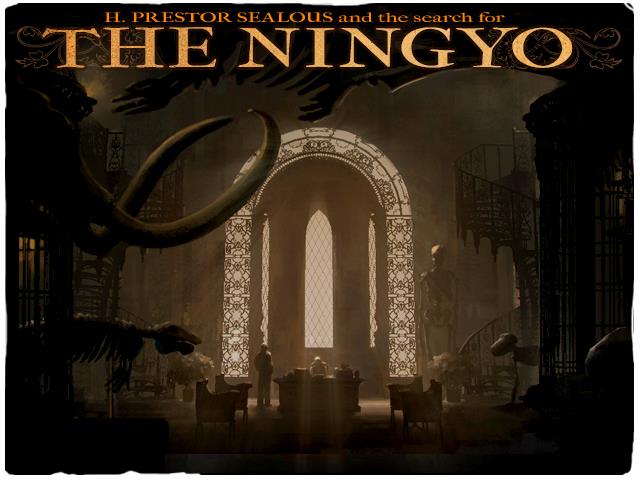 A 1909 period film about cryptozoology. The search for mythological or unproven creatures. A Faustian tale about loosing oneself in the process of achieving our goals.

Dr. Marlowe, a paleontologist and professor, finds a piece of a map pointing to the place where the Ningyo, the mythical Japanese creature, could be found. The legend claims whomever consumes its flesh will attain remarkable longevity. He presents the project to his peers, who mock and dismiss him as a fraud. He decides to risk everything and go after the Ningyo on his own in hopes to bring to light what could be one of the greatest contributions to science. What he could not anticipate is that, in his search, he is confronted with a choice that puts the very foundations of his morality to the test.

You can see our other visual effects work MONSTER SCULPTER

The Making of The Green Ruby Pumpkin from miguel ortega on Vimeo.

The Green Ruby Pumpkin from miguel ortega on Vimeo.

2 thoughts on “Watch The Green Ruby Pumpkin and know what Halloween is!”