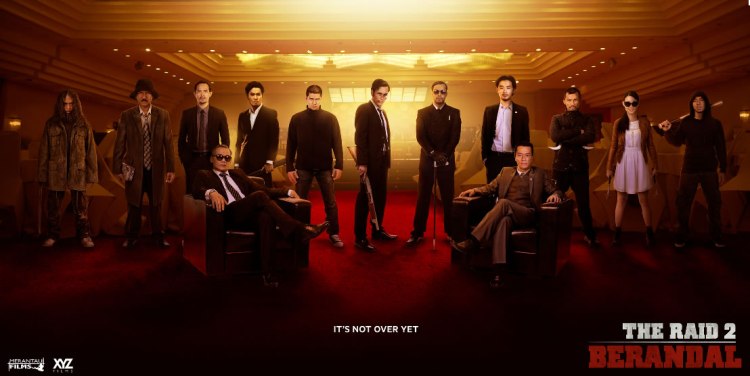 As if the first movie wasn’t sick enough, director  Gareth  Evans has unloaded an outstanding trailer for the follow up to the 2011 cult classic The Raid:Redemption, starring Iko Uwais as Rama. Slightly inspired by that classic Robert Deniro scene in Raging Bull, the trailer starts out with Rama in a jail cell starring at a chalk drawing of a man he’s created on his wall. He then proceeds to punch the shit out of it like a those wooden dummies you see in Bruce Lee flicks.

With speed reminiscent of Donnie Yeh, the scene is inter-spliced with equally powerful, but random, footage from the film. It’s all, absolutely badass! Indeed…it’s not over!