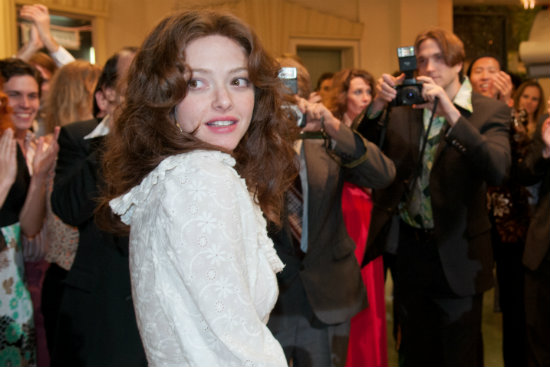 I love films about the seventies, but what I can’t stand are movies that attempt to make a movie about the seventies by ripping off better films about the seventies. Case and point “Lovelace” directed by Rob Epstein and Jeffrey Friedman (The Celluloid Closet) and starring Amanda Seyfried (Mama Mia) and Peter Sarsgaard (Green Lantern). The story is loosely based on the autobiographical book written by Linda Lovelace called Ordeal. The story had enough source material to be unique on it’s own without resting on tropes all ready established by other films about the porn industry, especially Boogie Nights , but instead it goes for all the usual.

Quick warning, your going to hear me talk about so many missed opportunities in this film. 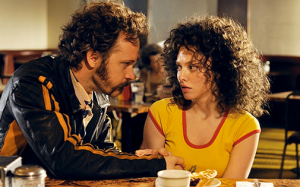 and beat her, but it all seemed so fleeting in the film. The moments that were supposed to get us to sympathize with Linda, I felt, got caught up in bad writing and the directors falling asleep on the “seventies button” in the editing room. I don’t blame Amanda, cause she did well, with what she was given. She was shy, sexy,naive and confused, but she was never given her moment. Perhaps, I mean that she played helpless well and I wanted her to fight back. But I’m pretty sure I am not alone, when I say, the whole film seemed cliff noted and a vehicle for cameos that ultimately did nothing to help propel the film as a whole.

There just weren’t any surprises with Lovelace and I’m sorry, but anytime you see Debbie Mazar in a film, it’s almost a guarantee it’s going to be sketchy, that is post Goodfellas, which she did an amazing job in, for what it’s worth. 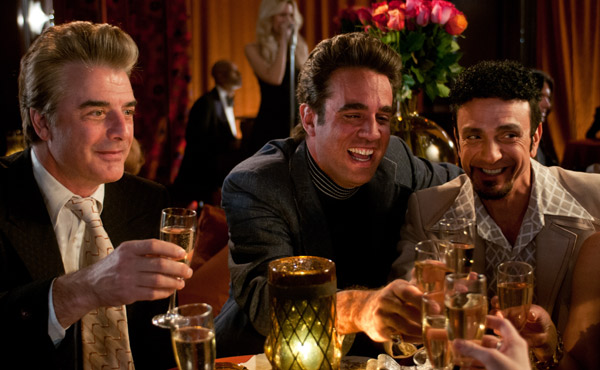 I think the turning point for me in this film was when half an hour into the film, we are suddenly in a room with an older Linda Lovelace who’s taking a polygraph for her new book and it’s at that moment they decided to retell the story, but to give us more of what they could’ve given us chronologically. Stylish? Perhaps, but they underestimate their viewing audience, whose seen enough Quentin Tarantino or Scorcese films to know when someone is trying too hard. This art house editing, made connecting much harder. We get it, but it wasn’t necessary.

By the way, if your going to use seventies music, don’t use music that was personified in another film. I can’t tell you how relieved I was when the rehashed tracks were substituted for an actual soundtrack. Can you tell I take 70’s genre films seriously?

I mean who did it better than P.T. Anderson’s Boogie Nights? No one and apparently Rob Epstein and Jeffrey Friedman knew that too cause they tried to steal every fucking scene from that movie. This bothered me and if there was an opposite phrase for “You had me at hello” this would be a perfect time to use it, but I don’t have one. So if any of you know of one, hook me up!