Where one indie hipster comedy/fantasy ends, another one begins. A Fantastic Fear of Everything is directed by singer songwriter/director Crispian Mills (Kula Shaker) and music video director Chris Hopewell. The film stars Simon Pegg (Star Trek, At World’s End) as a children’s author, who’s latest reinvention of himself as a crime novelist, turns him into a hot mess, leaving him in constant fear of his own life.

Jack (Simon Pegg) is a children’s author turned crime novelist whose detailed research into the lives of Victorian serial killers has turned him into a paranoid wreck, persecuted by an irrational fear of being murdered. When Jack is thrown a lifeline by his long-suffering agent, and a mysterious Hollywood executive takes a sudden and inexplicable interest in Jack’s script, what should be his “big break” rapidly turns into his “big breakdown” as Jack is forced to confront his worst fears; among them love, laundromats and serial killers.

The film also stars Amara Karan, Clare Higgins, Alan Drake, and Paul Freeman.  A Fantastic Fear of Everything will be available on iTunes January 7, 2014 and opens in theaters February 7, 2014. 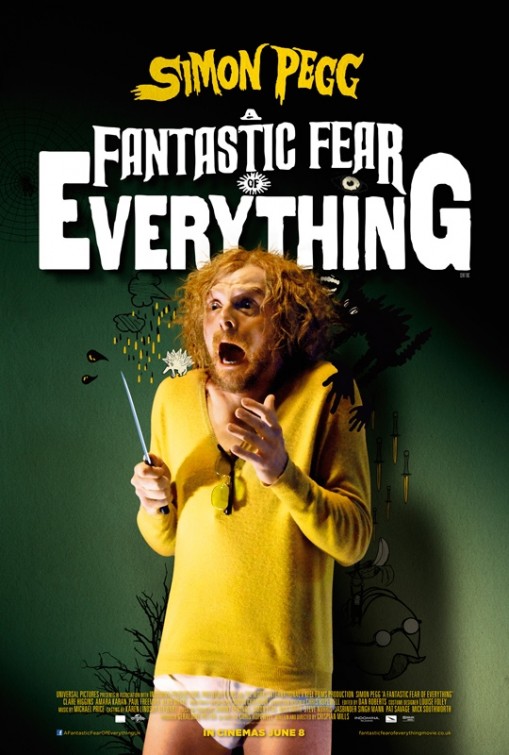