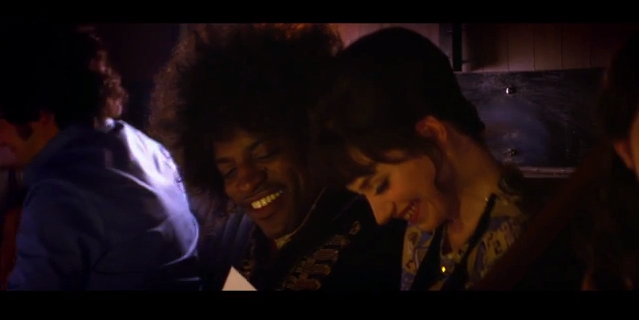 I don’t know if this is a leak or how long this will be up, but this scene from the new Andre 3000 film All Is By My Side has got me thinking, we may have finely found our Jimi. I don’t know about the rest of the film, written and directed by Oscar award winner John Ridley (12 Years a Slave) , but this scene with Andre and Imogen Poots, who plays his muse, is quite impressive.  I wrote earlier, last year, about this film and how it won’t have any of Jimi’s original works in it due to estate issues, but it will feature some covers of stuff he did during his time in England. I have high hopes after watching this. You tell me.

This film will screen at this years SXSW.