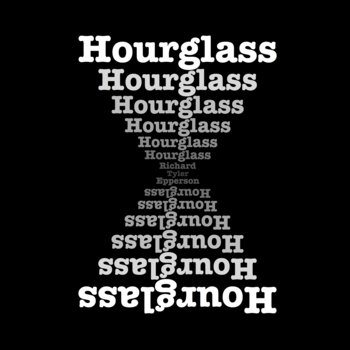 Oh Salt Lake City. The bible belt of the United States, the freedom train down south, and the host of the 2002 Olympics. It’s also the home of Richard Tyler Epperson, a fresh faced singer-songwriter who has a knack for incredible hooks. He pulls his sound from Death Cab for Cutie to Kurt Vile. He releases his album, Hourglass, April 8th, and we’ve given it a spin.

Opening with the promising track, “I Know”, Epperson showcases his ability to control the exact sound from every instrument. Whether he had any input or not in the sound, it’s best to believe he wouldn’t allow a song forward unless he’s impressed by it. It takes the drumming of “Grapevine Fires” by Death Cab, and combines it with a unique, soft voice that Epperson’s been gifted with. His contrasting guitar tones kick in the chorus with a simple distorted chord section that plays nicely over top the modern rock tune. It’s a great tune to start the album.

Following that is the folk tune, “Hourglass”. It’s a simple, easy listening track that screams radio-friendly. Not the negative contour of radio-friendly, but a smart way to market music without selling out. This, in other words, will be his hit single. It’s catchy, fun, and cool. Slightly forgettable, but Epperson soft vocals keeps the track interesting. Other tracks have the same melancholy atmosphere that seems to be perfect in any season, like the incredible “Rain”, or the summery “The Life (Fall On Me)”. He knows his sound and he stretches and squeezes every little bit of creative energy out of the indie folk rag, which end up becoming these brilliant tracks.

What Richard Tyler Epperson does so well is controlling an intimate sound. Whether it’s one acoustic guitar and vocals or an entire orchestra lulling with wild notes, he understands how to connect with the listener emotionally. It’s when he experiments with sounds outside his range, like electronics on “Lights”, that feel forced. If he brought the sound down, and took away the angsty vocals would I be able to get on board. I have a Sufjan Stevens’ Age of Adz or Hannah Georgas sound in mind when I think of intimate electronics done right. Epperson is completely capable though.

It’s apparent that this man has a bright future. his songwriting isn’t ground breaking, but it’s consistent. He plays with melodies in such a fun way it’s hard to dislike these songs. Much like how Ty Segall brought back garage rock, Epperson can just as easily make indie folk cool again without it seeming cheesy. That’s what has become so sad about the genre. Everywhere I look there’s another self-proclaimed singer-songwriter wanting to sell me their bandcamp CD, but there’s nothing special about it.

How Epperson changes that is he adds a special ingredient that all special albums have. It’s a mixture of care and desire. If an album is made without the need for it to be made, it will be pushed aside with a majority of records released today. If it doesn’t have care, it’ll be considered a shitty homemade tape. I keep having the thought of Death Cab For Cutie’s Plans whenever I hear Hourglass. That and a little bit of Yankee Hotel Foxtrot by Wilco. Those two albums have a special sound to them, one that keeps a listener hooked for years. Epperson has a hint of sound about him. “Where Are We” and “Blind My Life” both carry structures to an arguably timeless album.

Where Epperson falters is creating a lasting impression. These 14 songs have so much substance to them that indulging in everyone is a chore. If cut back by two or three tracks, I would gladly dive into everyone (minus “Around We Go”, I felt the chorus was too careless for me). Nevertheless, I’m Richard Tyler Epperson’s newest fan. He’s somebody who has a natural talent for writing magically simple songs without sounding redundant and boring. Among all the throwaway bands of today, (Mumford & Songs, The Lumineers, Of Monsters & Men); they should give Hourglass a listen and use it as a guide to create consistent music. Richard Tyler Epperson shows them all up with his need to create music.

Listen to Hourglass in full below