The rules are very simple. We need facebook “likes”, you get us ten likes and this pristine SAGA trade is all yours! Here’s how it works, you reach out to your friends to “like” our facebook page, tell them to send us a message, but please do not

post on our fb wall, it unfortunately will not count. The message should be in our mail and should include their name and the name of the referrer (referred by) and that’s it.The first one to get us ten wins!! If you are new to MITNG, you will count as one, but make sure you let us know that. Everyone else, and you know who you are, has got to get us ten outside of yourself.

Let’s talk about this fantastic story, most of you already know who writer/producer Brain K. Vaughn is and if you don’t, just know he’s written some of the most mind blowing graphic novels of the 21st century. Trades like Y:The Last Man, Ex Machina and The Runaways are among his catalog. Not only that, he produced and wrote a few

episodes of one of my favorite television shows LOST. He’s hella talented and take it from me Saga is nothing short of amazing and a welcome addition to his list of stellar work! Let us not forget the masterworks of illustrator Fiona Staples (DV8:Gods and Monsters, T.H.U.N.D.E.R Agents) whose art in this story is insurmountable! This Canadian born chick has been called one of the best artist working in the industry and I tend to agree with that assessment, she too is stupid talented! Her works pop off the pages and gives great credibility to this world of magic and science!

Y: THE LAST MAN writer BRIAN K. VAUGHAN returns to comics with red-hot artist FIONA STAPLES for an all-new ONGOING SERIES! Star Wars-style action collides with Game of Thrones-esque drama in this original sci-fi/fantasy epic for mature readers, as new parents Marko and Alana risk everything to raise their child amidst a never-ending galactic war. 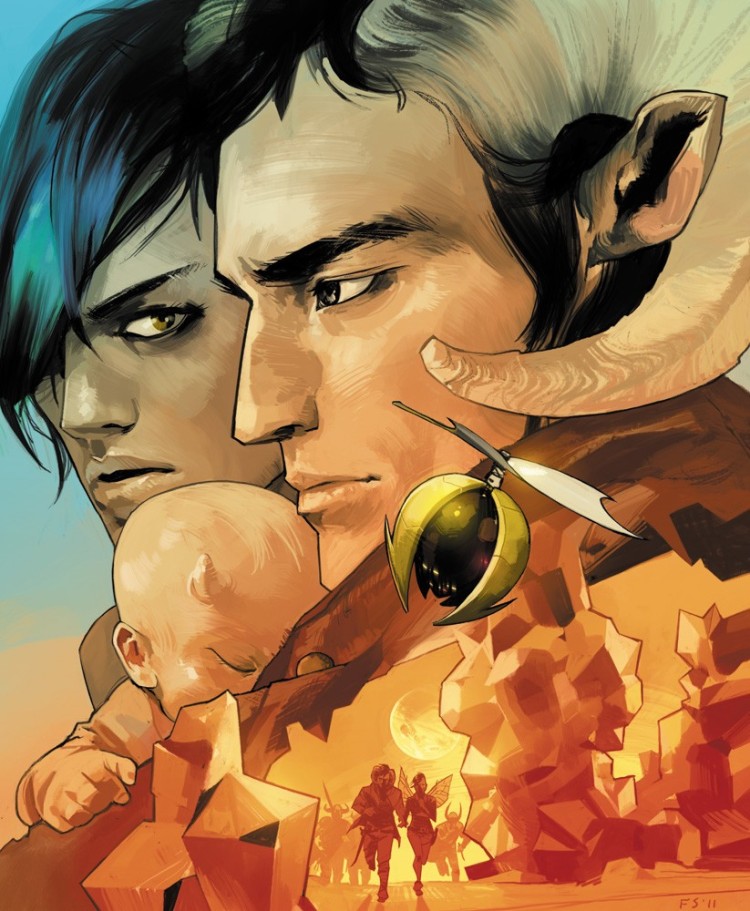 2. Name of the newbie and the referrer in our facebook message box. Example: John Doe referred by Jane Doe