Just watched this crazy trailer for MAGNET FILMS The ABC’s Of Death. This anthology is a compilation of short films by some of the best directors in the horror business. Guys like Jason Eisener (Hobo with a Shotgun), Xavier Gens (Frontiers), Ti West (House of the Devil) are just a few who have lent their talents to this grassroots bloodfest. The premise is that each short story is based on a letter in the alphabet, that’s right, terror from A to Z and there are 26 different and totally sick shorts in all. So you know there will be plenty to go around. Whether your a slash and hacker or your into the psychological stuff, this movie is guaranteed to make it jump. The film hits VOD January 31st and limited theaters March 8th, 2013.
By the way beware of murdering Furries in this trailer..yikes!! 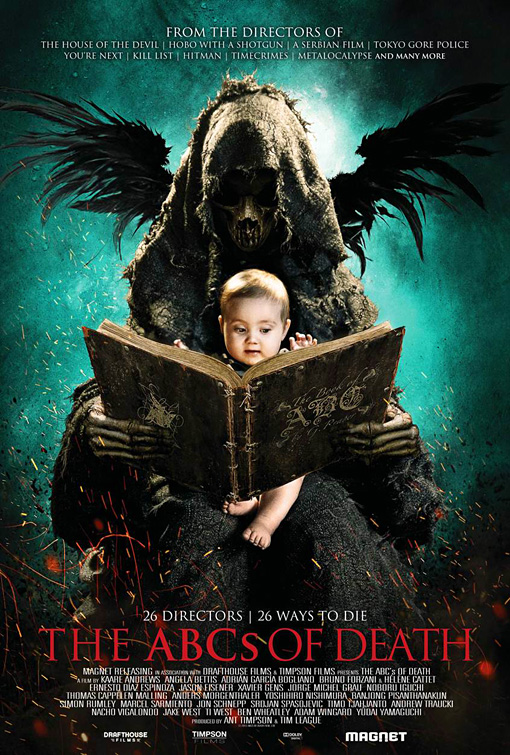