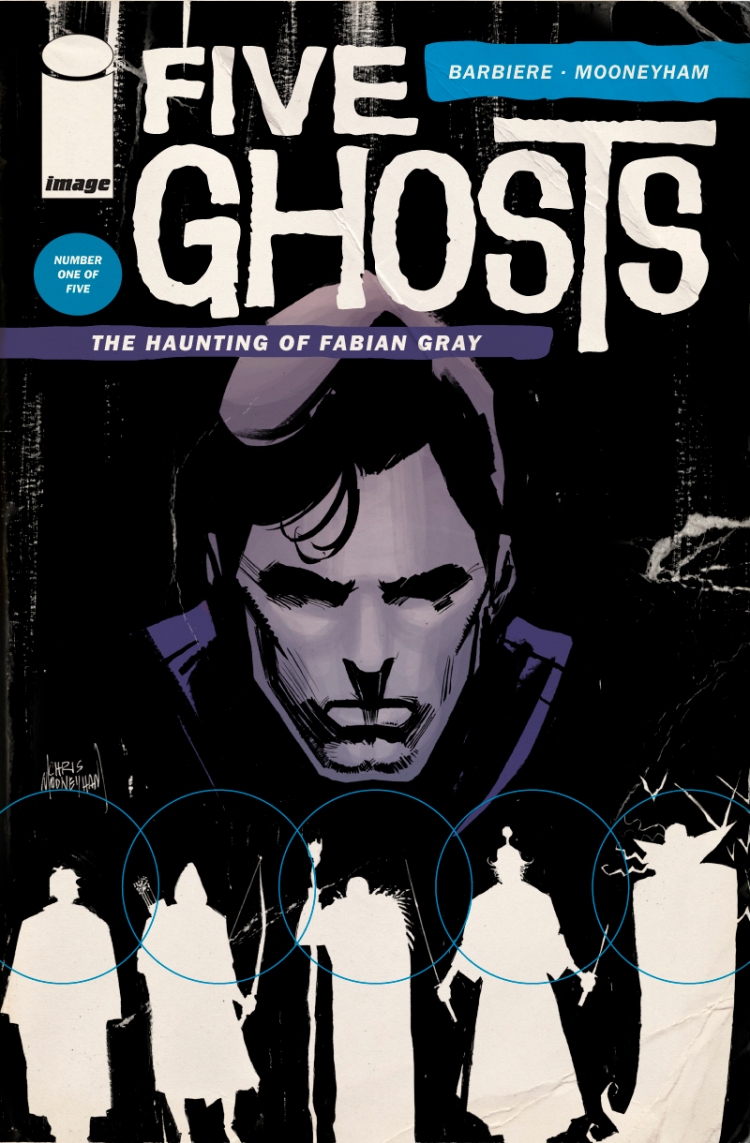 I guess if you were gonna have to be possessed ya might as well be possessed by five ghost from classic literature who have amazing powers that turn you into an Uber-menchen? Yes, I speak of our protagonist in Image Comics hugely popular new series Five Ghost written by Frank J. Barbiere and illustrated by Chris Mooneyham. The story has all the makings of a 1940’s serial comic book, but with this crazy supernatural element that may have even made for some good reading back in those days.

After a tragic encounter with an artifact known as “The Dreamstone,” infamous treasure hunter Fabian Gray was possessed by five literary ghosts and has been granted access to their unique abilities. 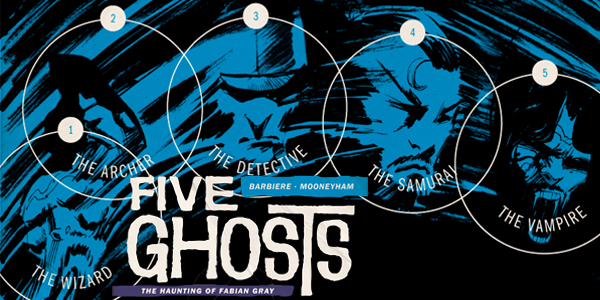 It’s really interesting reading and looking at the pictures, it kept reminding me of the intro to Johnny Quest for some reason. I will say that I am dying to learn how this happened to Fabian and I imagine they do tell you, but I almost wanted to hear it in the first issue. That’s not a bad writing thing, that’s an impatient thing.

Fabian is an excellent hero with a darkside that won’t quit. Whenever he’s backed into a corner he calls upon a particular spirit that inhabits his body and from that point on there are no more f**ks to give. Sherlock Holmes, Dracula, Miyamoto Musashi (or at least I think it’s Miyamoto Musashi), you name it, actually it’s not you name it, there are only five, I just can’t remember who the hell they all are right this sec, maybe Robin Hood…I don’t know. But they all aid him in the task at hand, let’s say he looking for clues…voila Holmes, or say he’s surrounded by scoundrels, poof…Miyamoto slices them up like a fruit ninja. It’s brilliant actually, provided the story stays interesting. I thoroughly enjoy the look and feel of the story…it has a level of cool nostalgia that I can relate to, not cause I’m hella-old, but because I like nostalgia. Image can add Five Ghost to it’s repertoire of ever increasing great comics.