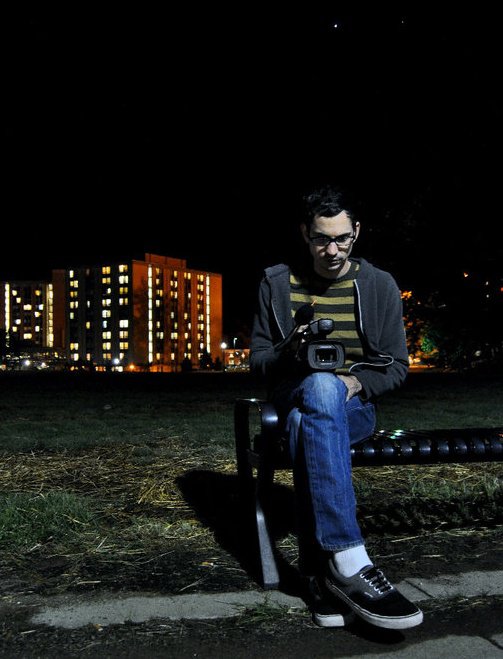 I can’t imagine David Dean Burkhartt being as old as me, in fact he was probably born in the eighties. But could he have downloaded that much neon in his early years to constitute all the nostalgia he places in his videos? I mean if you checkout his Vimeo or Youtube pages, they are loaded with infomercials, home videos and movies from that era, so much so, one would have to ask “where the fuck do you get this stuff?” and “why do you love it?”. “Is it hipster schlock?” or “do you have a Boards Of Canada complex?” Whatever the case may be, I am a fan of David’s work. I don’t know most of the people in his videos, but I feel like i do and in a way I must. If you were rich enough to own a camcorder in the eighties, the images you’ll see in his work will hit you like a rock. Just tons and tons of random footage taken from high school proms, roller skaters in the park, television commercials etc. Here’s the deal, I have no problem saying that I was born in 73, so I was in my early stages in the eighties. I grew up on the reruns of the seventies, so all this stuff brings back a slew of memories, some I like and some I’d like to forget. That’s where this man’s genius kicks in. He mercilessly places those images good or bad against some of the most amazing indie, chill wave music out there and voila…eighties awkwardness has a whole new look. Groups like School Of Seven Bells, The Bilinda Butchers, Catcall, Lemonade, Chrome Sparks and Puffernutter are among some of the colors he uses to create his masterpieces. Not all his source material is from the eighties and seventies, some are from the fifties and sixties as well. I’m guessing film student. Below are some of the ones I like the most, but believe me they are all wonderful and work well in preserving the past in a danceable time machine. Oh times were so good back then.Enjoy!