When three young women travel to a small, secluded island in an attempt to reconnect, none of them are prepared for the trials they will face over the next three days.  Black Rock is the second feature film for director Katie Aselton and it stars Kate Bosworth as Sarah, Lake Bell as Lou, Katie Aselton as Abby, Will Bouvier as Henry, Jay Paulson as Derek, and Anslem Richardson as Alex.

As a woman, I admit that I bring a set of baggage into any film I’m about to screen.  To be fair, the same can be said of everyone.  It’s gloriously fascinating to think that any screenwriter and director – living or dead – has been able to craft a movie that is seen as universally entertaining.  That’s why when I sit down to watch director Katie Aselton’s Black Rock I’m not surprised that the film has polarized audiences with its depiction of rape culture and Iraq/Afghanistan veteran post-traumatic stress disorder.

It’s true that Black Rock is a complicated and fast paced race for survival.  But is Black Rock a horror film?  I’d say no.  Here’s why…

When Sarah (Bosworth) tricks her friends Lou (Bell) and Abby (Aselton) into making the trip to an island where they spent their summers as children, the friends are at odds with one another.  Several years after a transgression with Abby’s then-current boyfriend, Lou and Abby haven’t spoken.  The animosity between the two is tangible. You have a sense as the title credits wrap that this isn’t your typical buddy flick.

From the outset Aselton pulls all of the energy from the film by muting the colors, giving us a drab and overcast Maine sky, and by architecting this back story ripe with

conflict between the film’s central characters.  Subsequently, the feel is more natural, less produced.  All of this is perfect for creating the environment necessary for a horror film because it blurs the line between reality and fantasy, drawing in its audience.

So, when Aselton throws in the convergence of another group of characters, all male and all recently dishonorably discharged from the military after several Middle East deployments, the audience doesn’t have to wonder where this is all heading.  The tension should be almost unbearable by this point, especially when Sarah invites the three men to share a meal and imbibe alcohol with them.

But, I’m not feeling it.  What I’m feeling is a strange lingering disappointment in the character development.  How can a female director allow her characters to make such genre-stereotypically-bad decisions?  I don’t buy into any of their logic, at any point. 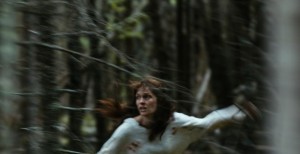 I know that as Sarah gets more and more intoxicated, hanging onto Henry’s (Bouvier) every word, that the next logical progression in the film is going to be a scene where a sexual assault is likely.  In fact, in the world created by Aselton, the assault is necessary.  Without it, the story loses its legs.

That any woman would purposely design a story in which the assault of one of its central characters was necessary in order to advance the plot is so distasteful that I want to fast forward the scene so I can see why it’s so important.

Instead, I grind my teeth and wait.  My girlfriend is rolling her eyes and flipping through articles on reddit.  One sideways glance at her and I see she’s not buying any of it either.  By the time Sarah has the wherewithal to raise her hands in defense, the tension has left the building.  I mean, if you didn’t see it coming, you weren’t watching, even a little bit over the corner of your laptop as you surfed the internet. 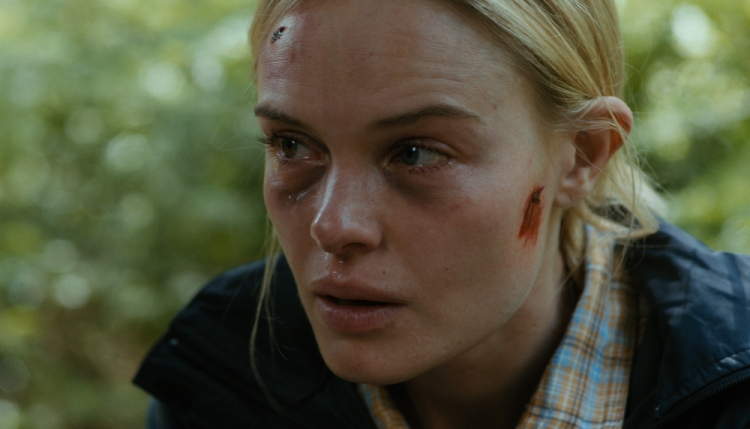 I love horror films and I love women – the stronger, the better.  When trailers for Black Rock began to surface, the premise was promising; electric, even.  Three childhood friends throw down in a fight for their very lives?  Like many of you, I’m sure, I said “I’m so there!”  But, in the end, I feel cheated.

This isn’t a horror film.  Where’s the primal fear?  Is it all wrapped in not wanting to die, or be violated, or both … maybe simultaneously?

No, Black Rock feels like a survival thriller in the vein of Deliverance and even The Descent, and while there are horrific elements, there’s no payoff.

The action sequences are loose and muddled.  The character development is shaky.  The convergence of wills should have been stronger, palpable.  And while many praise Aselton’s assault scene because they feel she’s

attempting to show it’s okay for a woman to say no at any moment – even after being overtly flirtatious and willing – I find it heavy-handed and not empowering.

I’m over seeing sexual assault depicted in film.  I pay to see movies to be entertained, and occasionally to be educated.  I put my trust in filmmakers to deliver on either of those fronts.  With Black Rock, I got neither.

What I liked about Black Rock was the interplay between the women.  Their relationships are complicated, and while riddled with fault and ill will, they find a way to pull together in the face of extreme adversity.  Aselton invariably got this right.  That I would completely rewrite/design the story’s plot to illustrate different conflicts is beside the point because I would be creating a different movie.

Black Rock wasn’t for me despite strong performances from Bosworth, Aselton, and Bell.  The beauty of the shooting locales also help to carry the film, but not enough.  The lean and mean pacing of Black Rock will keep audiences engaged as long as they are willing/able to look past obvious issues with the characters’ decision making skills. 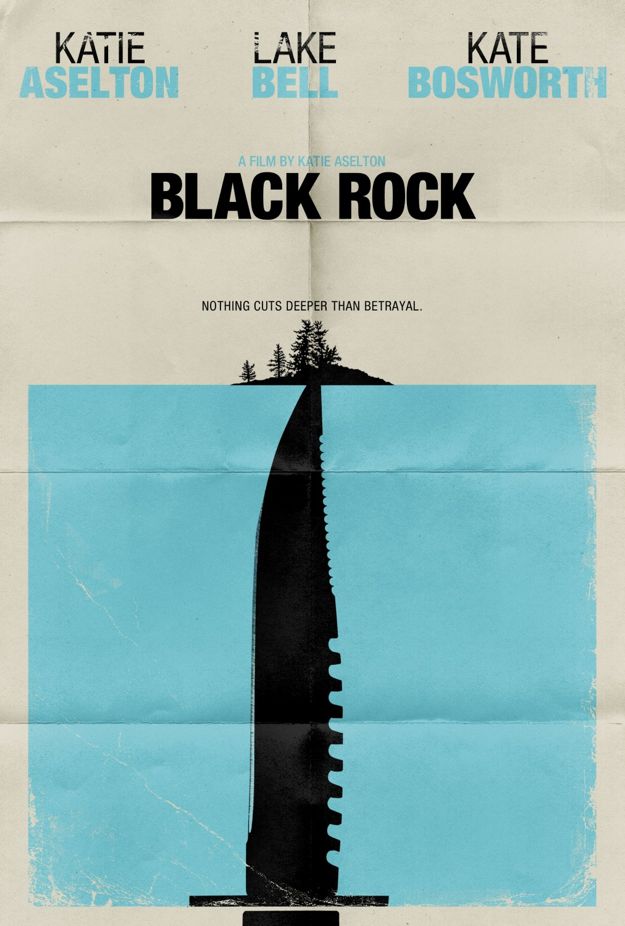